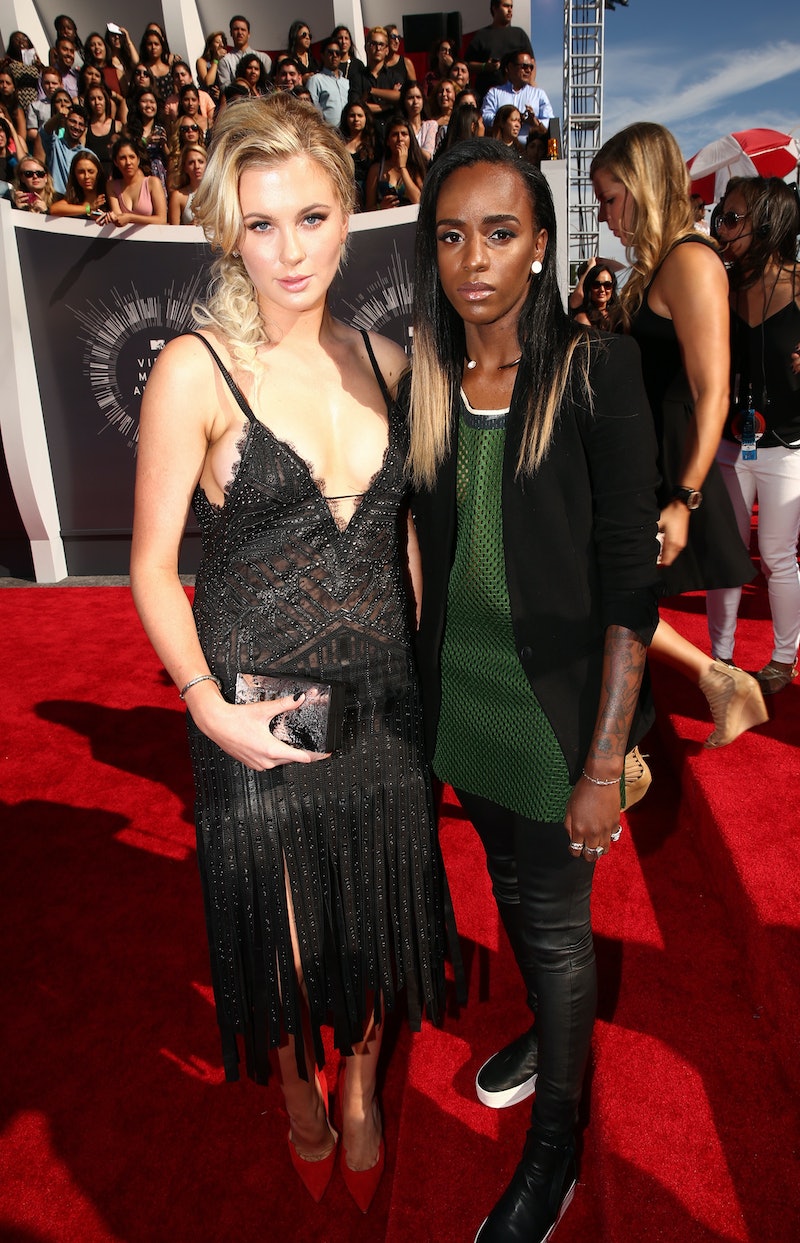 Another day, another opportunity to adore Angel Haze and Ireland Baldwin as a couple. In June, Haze confirmed that she and Baldwin are indeed in a non-platonic relationship via the following sound byte: "we f**ck and friends don't f**ck." Since then, we've all been free to gush about how squee-worthy the two are together. They're a vocal interracial gay couple in the public eye, they're both killing it in their respective industries — Haze in music and Ireland in fashion — and they both have insufferably cool social media lives. Ergo, I need to know how Ireland Baldwin and Angel Haze met.

This one's a real gimme. In the game of pop culture family feud, where would a Hollywood daughter/model-on-the-rise and a cutting-edge rapper/tastemaker make their first acquaintance? The answer to that $64 million question is, of course, Fashion Week.

In an interview with The Independent, Haze recounted meeting Baldwin at New York Fashion Week. Their first fateful introduction was made by Baldwin's cousin whom Haze is close with. From there, things just developed organically. "We ended up hanging out and becoming friends for a few months, then…” And then the magic that is their exemplary millennial love came along and made their world a better place.

In her relatively short time on the scene, Angel Haze has made herself a fixture in the NYFW tents. She's been shot at various front rows during fashion week, and performed at Phillip Plein's runway show back in February. Haze made her runway debut in the DKNY Fall 2014 runway presentation. She's also heavily inspired by fashion culture in her own art. Haze name checks modern labels and lampoons fashion culture in her single "Echelon (It's My Way)." Some lyrical highlights include: "Obsess over chicks who look like Mary Kate and Ashley clones..." and "Helmut Lang and Phillip Lim/ Trashy bitch in classy clothes."

It looks like Baldwin and Haze met specifically at Fall 2014 Fashion Week in February. Baldwin made her runway debut mere days before Haze graced the catwalk. Coincidentally enough, Baldwin walked in the Heart Truth Red Dress fashion show wearing a DKNY dress. Hey! They had the shared experience of reppin' Donna Karan to bond over.

Alright, so let's get this straight: Baldwin and Haze met at Fashion Week, were introduced by Baldwin's cousin, and have been in Instagrammable love ever since. It's a match made in "It girl" heaven.