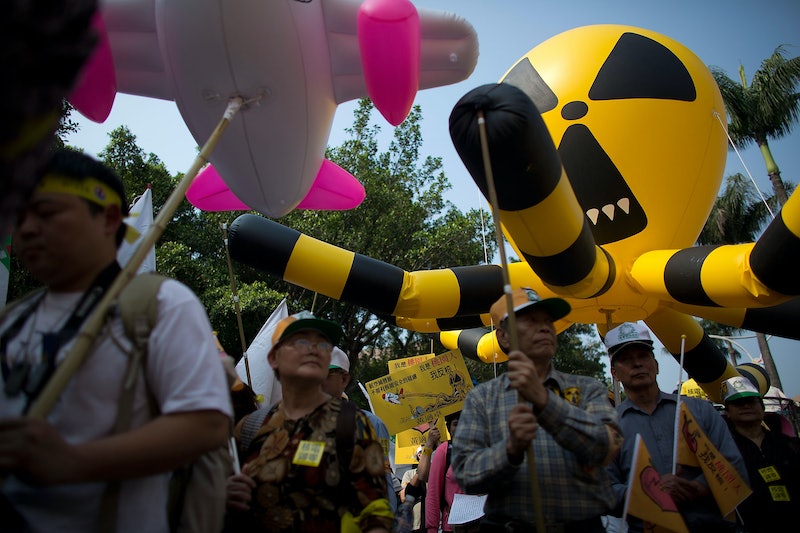 The continuing nuclear crises in Japan is even worse than we thought.

The Wednesday revelation that more storage tanks could be leaking contaminated water makes the latest nuclear mishap in Japan the worst since an earthquake and tsunami combo decimated the Fukushima plant two years ago.

The U.N.'s International Atomic Energy Agency (IAEA) labeled the continuing leak at the Fukushima plant as "serious" while officials in neighboring China said they were "shocked" by the news that the situation had not yet been contained.

In a statement to Reuters, China's Foreign Ministry wrote, "We hope the Japanese side can earnestly take effective steps to put an end to the negative impact of the after-effects of the Fukushima nuclear accident."

The ongoing crises is the worst since Chernobyl. Tepco has been accused of not doing enough to shore up the nuclear site in case of a disaster — and then covering up the extent of the of the problem. Recently, the plant operator admitted that contaminated water was leaking into the Pacific Ocean after months of denying or downplaying ongoing problems at the plant. Japan's Nuclear Regulation Authority is now worried that there might be more leaks than they currently know about.

The water leaking from storage tanks contains radiation levels so high that exposure to them for one hour would be equivalent to more than a year's worth of allowable radiation exposure for a plant worker.

The Nuclear Regulation Authority said that it plans to upgrade the severity of the nuclear crises from a level one, which registers as a "nuclear anomaly," to a level three, which signifies a "serious incident".

Fukushima city lies about 37 miles away from the struggling nuclear plant, and is a popular tourist destination.