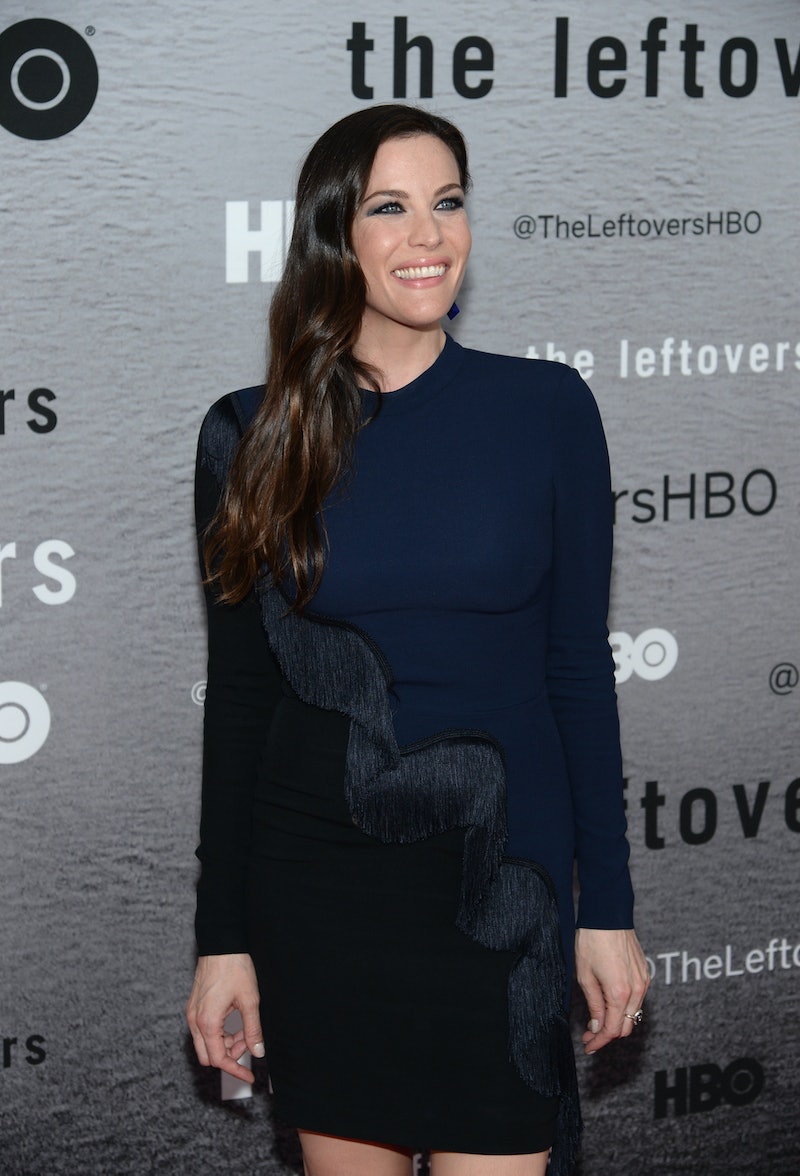 Well, this is kind of out of left field! Liv Tyler is reportedly pregnant with her second child. The rock royalty is already a mama to 9-year-old son, Milo, whom she had with her ex-husband, musician Royston Langdon. The Leftovers star is yet to comment on the news herself, but multiple sources have apparently confirmed the pregnancy to E! News. This comes on the heels of Tyler being spotted out recently holding a jacket over what could possibly be growing belly. Or she was just chilly. We'll know once she confirms the news, I suppose.

It was only a few weeks ago that Tyler was linked to her apparent new boyfriend, Dave Gardner, who also happens to be David Beckham's best friend (and Rita Ora's supposed ex). Gardner is already a parent himself, having two kids from a previous marriage. The couple reportedly fell super hard for one another after being introduced by their mutual pal, Kate Moss.

Tyler and Gardner both are parents to older kids, so if this news is, in fact, true, there might be a bit of a learning curve when it comes to having a newborn again. And if the reports are correct, congrats to the happy couple, and yowza! That's going to be one attractive baby!

More like this
Is Megan Fox Pregnant? MGK Gave A Shout-Out To Their “Unborn Child” Onstage
By Hugh McIntyre
Kelly Osbourne Found Love In Her Best Friend & Now They're Expecting
By Vivian Iroanya and Rachel Mantock
Sanditon’s Theo James & Wife Ruth Kearney Are Embracing Family Life
By Aoife Hanna and Sabah Hussain
Sasha Lane’s Greatest Love Of All Is Her Daughter
By Sophie McEvoy
Get Even More From Bustle — Sign Up For The Newsletter