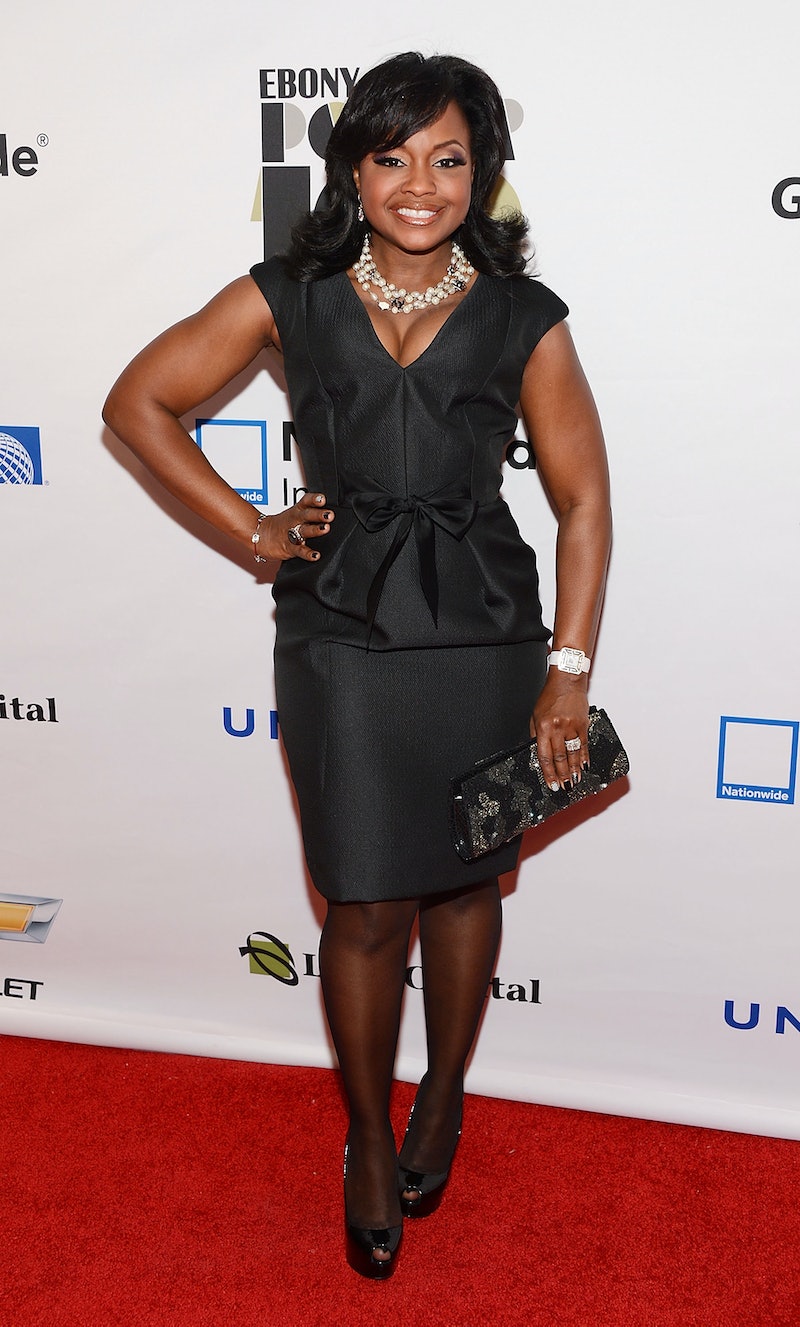 Say it with me, fellow reality show fanatics: Reality shows aren't real. Juicy, entertaining television for sure, but certainly not exactly authentic. Well, let me explain. They're real as in they use real people, but the situations have been known to be manipulated and in instances like The Hills and Laguna Beach, they're even scripted. But, sometimes, in the midst of shooting, the cameras actually catch an honest moment. I mean, there has to be some reality pre-editing if they're rolling all day long, right? I hope. In certain instances, it's unfortunately the wrong "honest" moment that they happened to record. This is looking to be the case for Apollo Nida and Phaedra Parks of The Real Housewives of Atlanta.

TMZ reports that Nida, who was supposedly in the midst of turning himself in for his prison term, "...pulled up to the home of his wife, Real Housewives of Atlanta star Phaedra Parks and went nuts because Parks refused to put money in his prison account while he was locked up. She also refused to bring their kids to prison to visit him and that caused him to lose it."

TMZ goes on to relay that they were "told" that, "Nida forced his way inside and started screaming at Phaedra, "What the f*** is the matter with you," adding, "I don't give a f*** about the police, call them, I dare you."

A frightening and unnerving moment for Parks and her children, and one that I'm sure no one wants to relive on camera (and yes, the cameras were allegedly rolling during this altercation). Especially with the way Bravo rehashes the most dramatic moments on the Real Housewives seasons. So, should Bravo air the personal incident in spite of that? I'm torn. With the way Real Housewives episodes are GIFed, remixed, poked fun at — this is just not a circumstance that should be taken lightly. And, just because something is captured on film doesn't necessarily mean it needs to be aired for the world to see it and gawk at it.

But, if they don't air it, is it protecting Nida from the backlash he'll face for his tirade? Or if they do, are they furthering the hurt to this family? I suppose we'll have to wait and see.