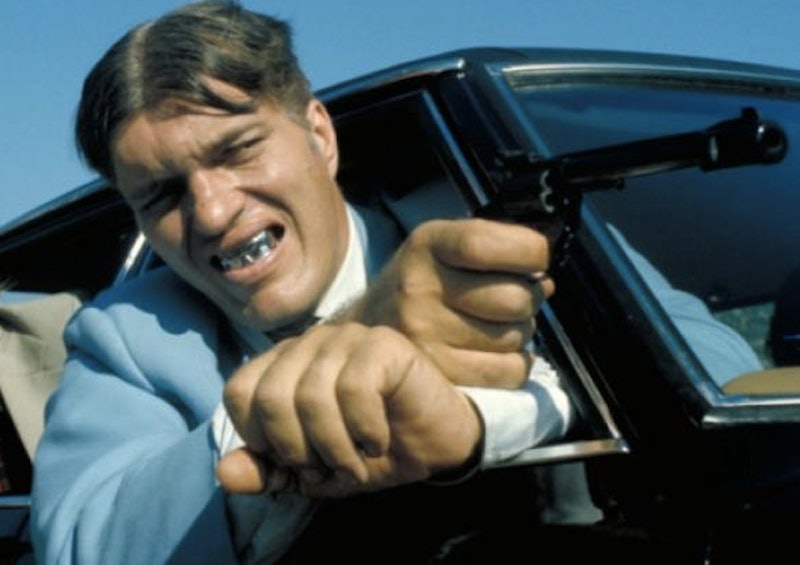 The actor who is known for having jaws of steel, Richard Kiel, died Wednesday afternoon, according to TMZ. The 74-year-old actor is most known for his role as baddie Jaws in the James Bond flick The Spy Who Loved Me. The same character appeared in Moonraker. He is also known for portraying Adam Sandler's golf instructor in 1996's Happy Gilmore.

Kiel broke his leg and landed in a hospital in California last week, but it is unknown if this was a contributing factor to his death, which happened just shy of his 75th birthday. The 7-foot-2-actor was a native of Detroit and was known for playing bad guys in a slew of other shows. From The Man from U.N.C.L.E to Kolchak: The Night Stalker, and auditioned to play the Hulk (a role that ultimately went to Lou Ferrigno).

To celebrate the beloved actor who portrayed some of cinema's most recognizable villains, here are a few clips from his career to relish in.