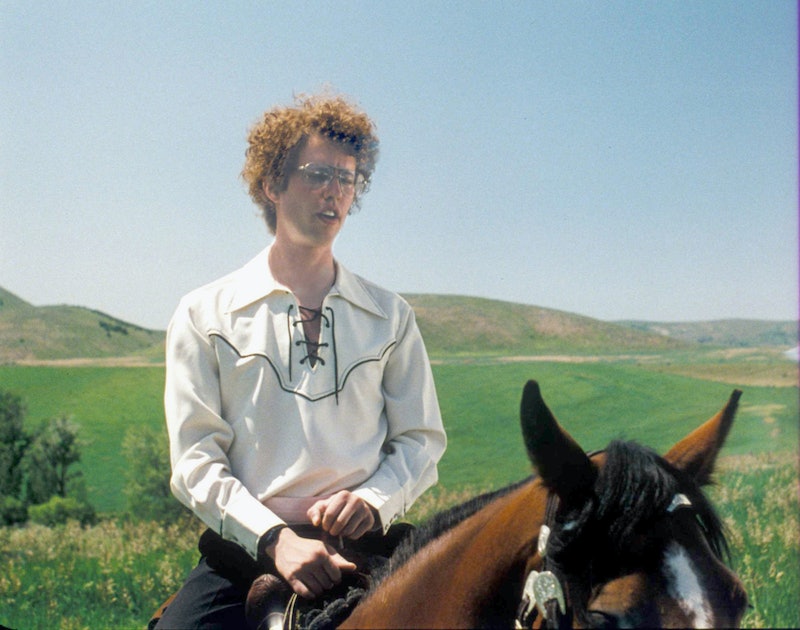 Most of the time when you spew out a Napoleon Dynamite reference, it's with the intention to make someone chuckle (TINA! Come get your ham!). This N.D. reference, though, is a little different, as it might bring tears to your eyes. Jon Heder recorded a video as Napoleon Dynamite for a cancer patient, and it's incredibly touching to see Heder fulfill this wish for the 12-year-old Mary Elizabeth, who, according to Today, has watched the movie at least 15 times.

It's particularly heartwarming to watch Heder as he fully morphs into Napoleon without any hesitation. It's been a full 10 years since he donned his infamous "Vote for Pedro" shirt, busted out D-Kwon's dance groves, and danced in the Happy Hands Club (fans of the movie will be pleased to see that the Butterfly Lotus from the Happy Hands Club makes an appearance in the video). His full-on commitment to reprising the role is a reminder that for all of his awkwardness, Napoleon has a heart of gold. It's clear that Heder does, too. And that — more than a liger, more than a pet llama, more than getting to eat all of the tots — is, to quote Napoleon himself, flippin' sweet.

You can check out the video below.