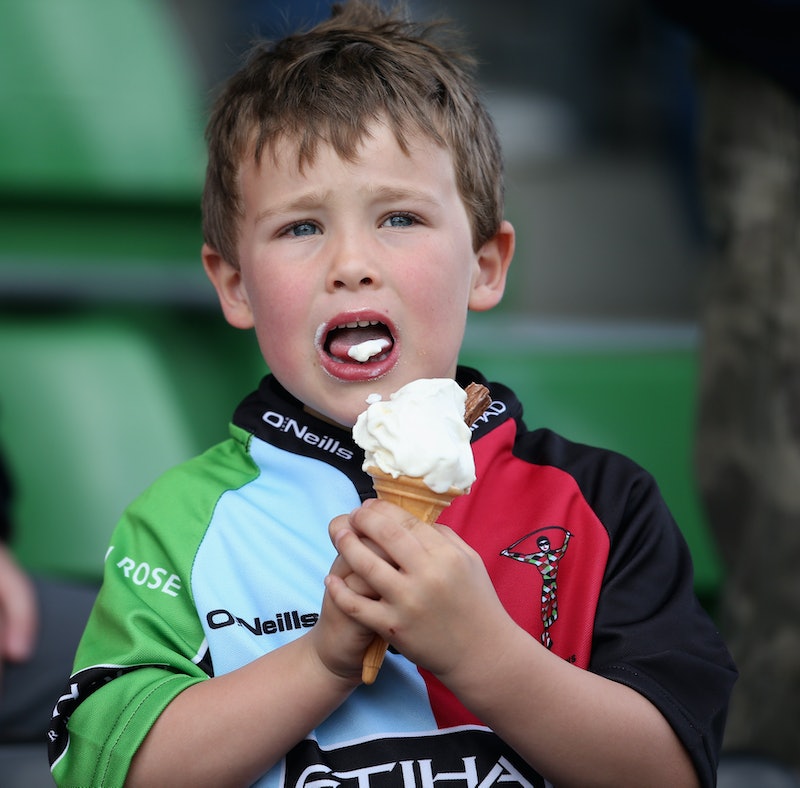 According to a leaked report from the UN's Intergovernmental Panel on Climate Change (IPCC), humans' increased use of fossil fuels from the 1950s onward "almost certainly" has caused an ominous increase in temperatures.

In short: Great work, everyone.

A spokesman for the coalition of several hundred scientists, governments, and NGOs tasked with explaining the future of our planet has warned against reading too much into the leaked piece of the four-volume report, which members of the IPCC will begin to present in full at a September conference in Stockholm. That said, Chris Mooney of Mother Jones was struck by the number of "holy crap" statements therein. He writes:

But there is much more of note about the document — for instance, the way it doesn't hold back. It says, very bluntly, just how bad global warming is going to be. It gives a sense of irreversibility, of scale…and, of direness.

Other gems include that "sea level rise could be 5 to 10 meters" and that "much of the carbon we've emitted will stay in the atmosphere for a millennium…even after we've stopped emitting it."

The IPCC has learned its lesson from what BBC's Matt McGrath called "a particularly leaky [history], with at least three confidential drafts being made public in the last year." Climate change skeptics have pounced on reported problems within the organization (remember so-called "Climategate" in 2009?). This time around, anyone who claimed expertise could register as a reviewer — great for inclusiveness, and also great for would-be leakers.

More like this
Watch Jacinda Arden’s Devastatingly Honest Resignation Speech
By Sam Ramsden
Winter Sucks, But These 42 Cozy Things on Amazon Will Make It SO Much Better
By Erica Gerald Mason
What The UK Blocking Scotland’s Gender Recognition Bill Means
By Sam Ramsden
5 Striking Parallels Between Princess Diana & Prince Harry’s TV Interviews
By Catharina Cheung
Get Even More From Bustle — Sign Up For The Newsletter
From hair trends to relationship advice, our daily newsletter has everything you need to sound like a person who’s on TikTok, even if you aren’t.