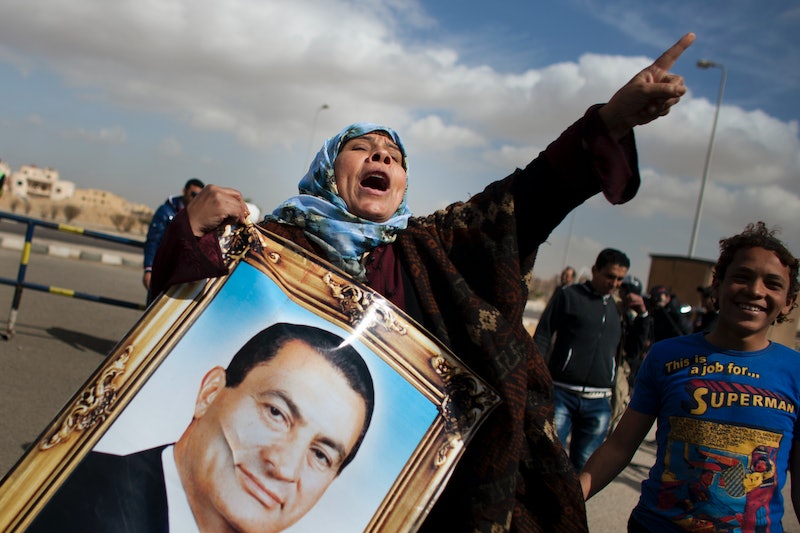 The incarcerated former Egyptian president, Hosni Mubarak, may walk free as soon as tomorrow after serving just over one year of his lifetime sentence. Northern Court of Appeals in Cairo convened Wednesday to order his release from jail after reviewing a petition from his lawyer.

Mubarak was first detained in April 2011, following the massive protests of his regime that have come to be known as the most significant component of the "Arab Spring." He was sentenced to life in prison in June 2012 after being convicted as an accomplice to the murder of hundreds of unarmed protestors who brought an end to his rule.

Many Egyptians protested the trial as a sham, and to the surprise of few, an Egyptian court did indeed order a retrial in January of this year. Mubarak had also faced various corruption charges, which were thrown out Monday, making his release possible.

According to the office of the general prosecutor, Mubarak will still be prohibited from leaving his home country and his assets will remain frozen as he awaits his retrial. At the peak of his wealth, Mubarak's net worth was estimated to be as high as $70 billion.

Since the forcible removal of Mubarak's successor, Muslim Brotherhood leader Mohamed Morsi, many Egyptian Islamists have accused the interim government of making a return to authoritarian rule. Morsi remains in custody. Many predict that Mubarak's release will spur a new wave of protests and violence. In the past week alone, over 1,100 Egyptians have been killed in the ongoing conflict.