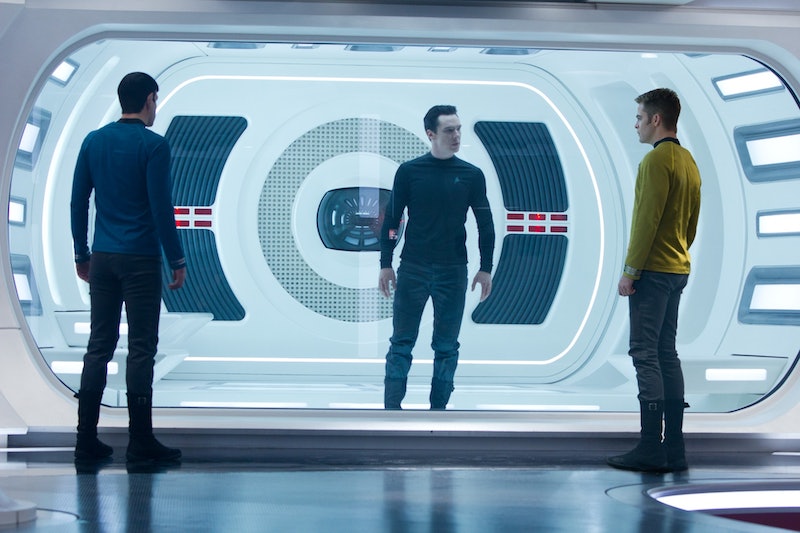 When you're trapped in a cone of secrecy as a cast member of Mad Men or a J.J. Abrams production, it makes sense that you've gotta know how to have a good time. You can only snark, punch, and manufacture sexual tension for so long before you've just gotta giggle and pantomime swallowing the camera. Star Trek Into Darkness ' gag reel is finally here, you guys. It's been so long since that movie came out I kind of forgot we never actually got the full thing in a reasonable timeframe.

Apparently, the thing they were waiting for was Star Trek: The Compendium, a four-disk set that includes the IMAX version of the film (for that convenient IMAX screen you've got in your living room) as well as a shit ton of extras. I'd pretend to care about the rest of the featurettes and behind-the-scenes extravaganzas, but let's be real, I'm really only here for the bloopers.

Oh, and there's a whole lot of bleeped cussing.

More like this
'Doctor Strange 2' Star Benedict Cumberbatch’s Net Worth Is Not An Illusion
By Hugh McIntyre
Remember When Benedict Cumberbatch Announced His Engagement In A Newspaper Ad?
By Hugh McIntyre
The 'Hocus Pocus' Sequel Finally Has A Release Date & It Makes Total Sense
By Shannon Barbour and Radhika Menon
A 'Bridgerton' Star Just Dropped A Major Hint About Joining The Live-Action Barbie Cast
By Bustle UK
Get Even More From Bustle — Sign Up For The Newsletter