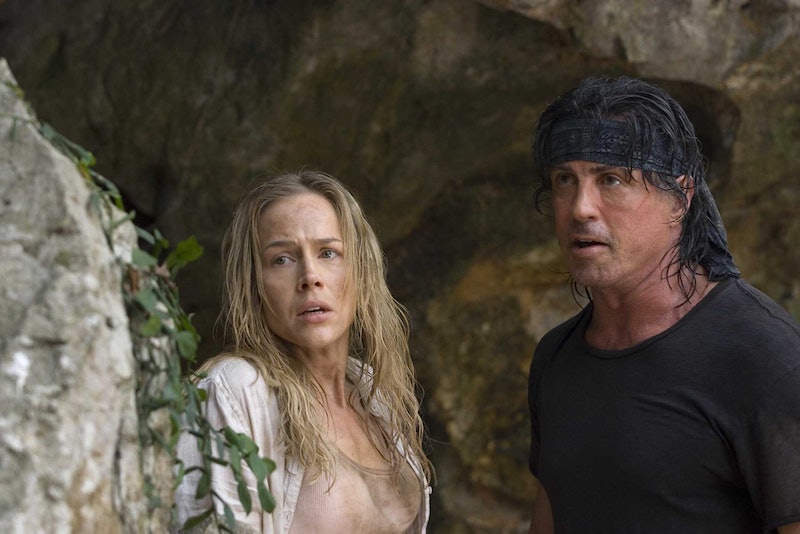 After Marvel's The Avengers made a cool $1 million at the box office, we knew it was inevitable. Not only would superheroes continue to fly into our multiplexes, but they would unveil themselves on our small screens. Arrow became a bona fide hit in 2012, and, now, Marvel's latest property, Agents of S.H.I.E.L.D., would spin off from The Avengers onto television come Sept. 24.

Thanks to Netflix and the bevy of A-list actors headed to television, television has become known as one far superior to movies. It's a medium that, in recent years, has proven to take chances with storytelling when it comes to series like Lost, Breaking Bad, and every iteration of Lost and Breaking Bad since. So it comes to little surprise that Marvel is trying to expand its brand onto all screens, pocketing both cash and respect on screens both big and small. Seems you really can have it all.

But superheroes aren't the only ones seeing a future in TV spin-offs, apparently. On Wednesday comes word that Sylvester Stallone is in talks to star in a Rambo TV series. Which means that the Expendables star would reprise his role 21 years after first starring as the character in First Blood, and five years after last starring as the character in Rambo. Granted, it's not an altogether terrible move — despite his status as a 67-year-old man, Stallone has more than proven his worth on the big screen, with Rambo picking up $42.8 million, and The Expendables and The Expendables 2 picking up even more, with $103 million and $85 million, respectively. Not bad for an AARP member.

Despite Expendables 2's slight underperformance at the box office, Stallone doesn't need television. He could continue to make Expendables films until Liam Hemsworth himself is wearing dentures and still turn a profit. But, based on the performance of Expendables and films like Red and Taken, television could be a lucrative medium for old dudes. So why not expand your franchise onto the small screen, where you can take advantage of older audiences who only have CBS procedurals to work with?

Combine this news with the fact that we're suddenly talking about Mel Gibson's muscles like they were Chris Evans', and it seems old people might actually be the new superheroes.