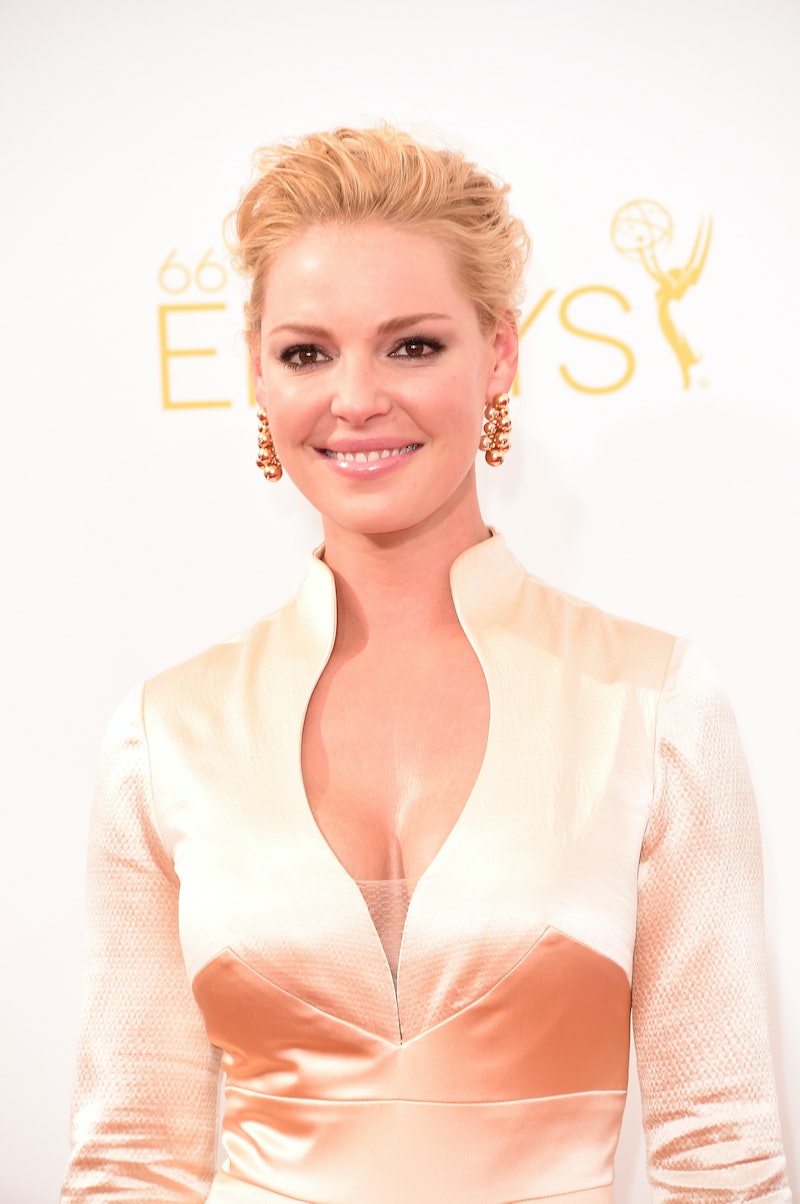 It's no secret that Katherine Heigl is not exactly the most well-liked person in Hollywood. Rumors about Heigl being difficult to work with have plagued the actress for years, and unfortunately managed to overshadow the film hits she achieved with Knocked Up and 27 Dresses. Now, though, with her new show State of Affairs in which she plays a CIA agent poised to premiere on NBC on November 17, it's good to see that Katherine Heigl has a great philosophy for dealing with her haters who are still parroting those rumors about her workplace difficulty — and it's a simple one, too.

Heigl explained it to EW, prefacing with an incident that took place during the summer TCA press junket when a reporter actually asked her "why she's so difficult" in front of everyone during the event. After she politely responded and the event ended, Heigl recalled what her State of Affairs co-star Alfre Woodard — who plays the President in the series — told her and her mother: "Alfre just took my mom’s face in her hands and went ‘Read my lips: F— those assholes!’ And it’s Alfre, so you believe her."

I mean, you've gotta admit: That's kind of a great philosophy to have about haters. And if you hate on that, well...you know what Heigl's got to say about the subject.