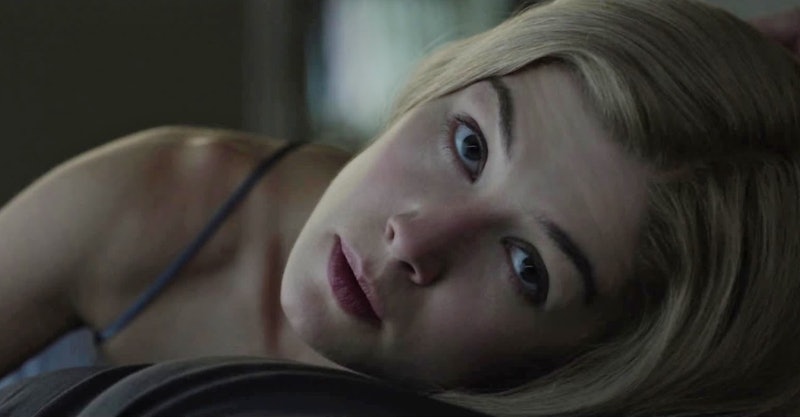 Anyone who's read Gone Girl might not peg the character of Amy Dunne to be the type who would make or actively use a Pinterest account — I know I wouldn't — but, I have to say, this is still a pretty great piece of marketing to promote the novel's upcoming film adaptation. As pointed out by EW, Gone Girl main character Amy Dunne does indeed have a Pinterest account, and, though it's filled with otherwise sweet images of NYC, couples in love, and sweet, homemade dessert treats, it's all immediately super creepy with the moniker "Amy_Dunne" preceding it.

It also doesn't help the eerie-factor when you actually glance at Amy's various boards, titled various, innocent things like "City Girl," "For Nick," and "Call Me Missouri." Under each pin, small excerpts from Amy's diary — featured in Gone Girl — are included, further giving us a look at the complicated mind of Amy Dunne, and how she presented herself in public versus how she really was, deep down. (That said, beware if you haven't yet read the book — there are a few spoiler-y things in here.) It adds to the overall mystery that Gone Girl presents, and it does it damn well.