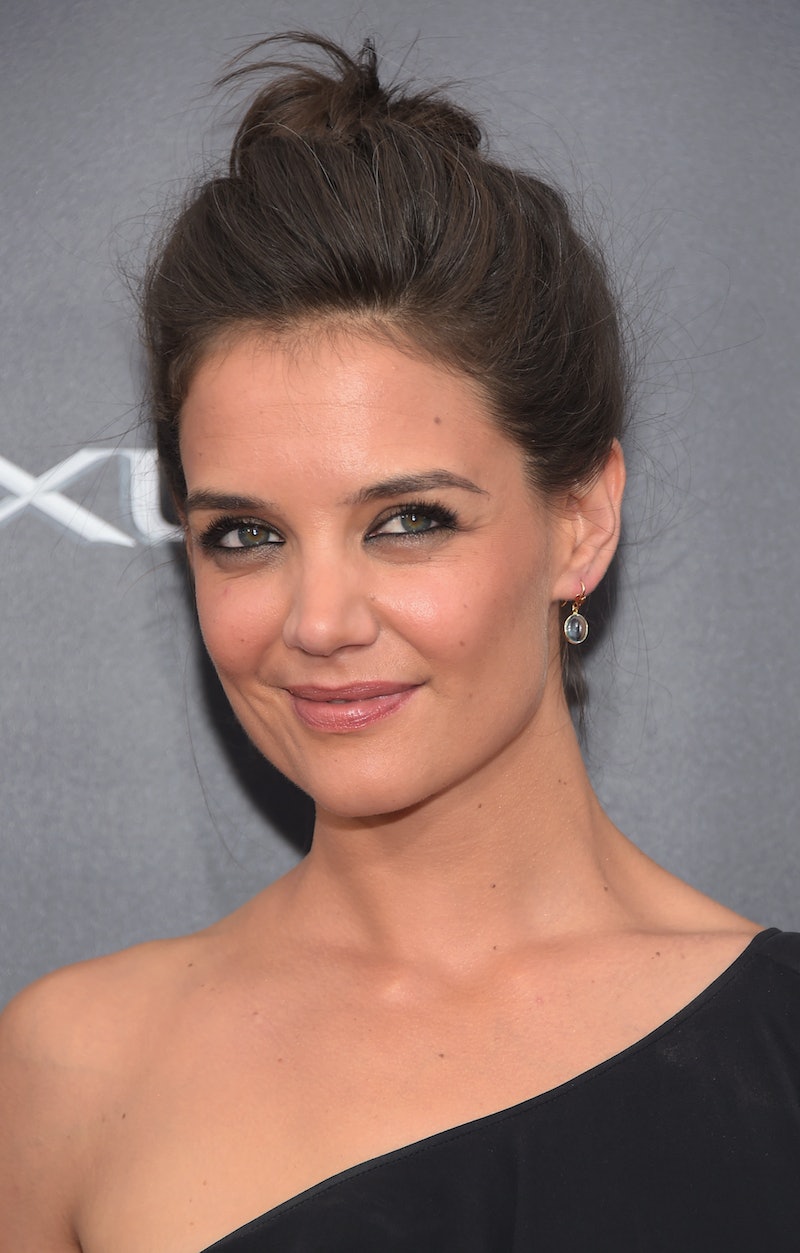 You can call her "Madame Director". Katie Holmes will direct her first movie, an adaptation of artist Annie Weatherwax's first novel, All We Had, and the script for the mother-daughter drama will be adapted by The Fault In Our Stars director Josh Boone. According to Variety, the "gritty" story follows an impoverished mother and daughter along on their adventures through "small town America".

“I am very excited and honored to be collaborating[...]on this project and look so forward to bringing Annie [Weatherwax]'s incredible characters to the screen,” Holmes said. Flavorwire reports that Holmes will also star as the mother, Rita Carmichael, though the role of her daughter hasn't been cast. Other characters in the "ensemble dark comedy" will include, "Peter Pam, a transgender waitress; Hank and Dotty Hanson, owners of a hardware store; Patti, their nosy neighbor; and, most importantly, Vick Ward, a wily mortgage broker who talks Rita into signing up for a subprime loan that inevitably leads to some misfortune." As Flavorwire's Shane Barnes writes, "everybody will be crying by the end of it".

There's no question All We Had will be a tear-jerker, but some critics aren't convinced Holmes can handle the role of director: "Holmes, 35, never quite made the transition from teen phenom to full-fledged movie star, and she is perhaps most famous for being the ex-wife of Tom Cruise", Oliver Gettell of the LA Times writes. However, the film's producer Jane Rosenthal of Tribeca Productions, said in a statement, "Katie has such a clear vision for the book's irreverent, original mother-daughter relationship[...] Her passion for the material, along with Josh Boone's ability to tell stories grounded in the comedy and drama of everyday, will truly bring these characters to life." I've got tissues at the ready. Bring on the tears.