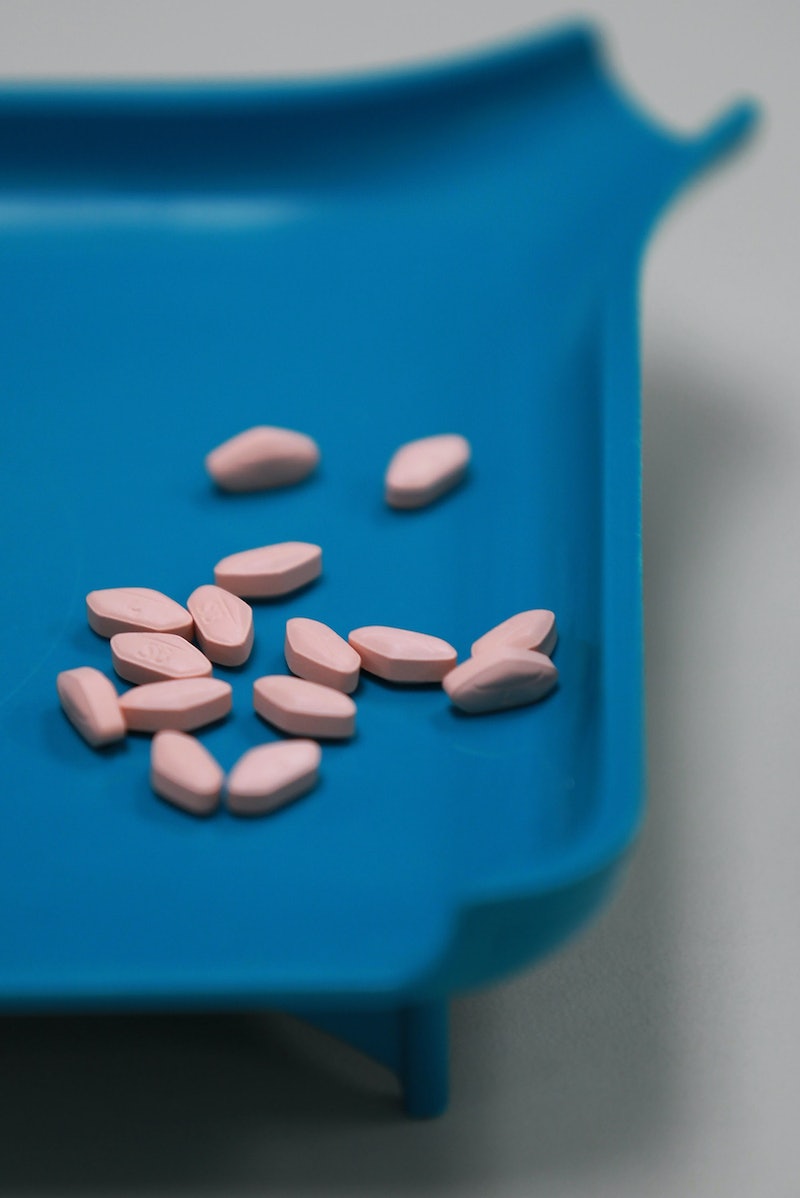 For decades, thousand of Americans have relied upon a class of drugs known as "benzodiazepines" to quickly relieve anxiety. But this new finding will bring back all that stress: these anxiety medications have been linked to Alzheimer's disease. Benzodiazepines (a.k.a. "benzos") include drugs like lorazepam (Ativan), alprazolam (Xanax), diazepam (Valium), and clonazepam (Klonopin). Canadian researchers studying older adults in Quebec found that daily use of benzos, or use of relatively high doses, correlated fairly closely with the incidence of Alzheimer's disease five years later:

The authors of the study... found that at the end of a five-year period following an initial prescription, Alzheimer's risk mounted steadily. Those who took the cumulative equivalent of daily doses for three to six months over a five-year period were roughly 32% more likely than those who took none to develop Alzheimer's. Those who took the cumulative equivalent of a full daily dose for more than six months were 84% more likely to do so.

I don't like those odds, do you? This is beginning to seem like a frustrating case of paying heavily later for quick anxiety relief now.

Fortunately, I never encountered a mental health professional who thought it was acceptable to prescribe long-term benzos for my obsessive-compulsive disorder. For the past few years, I've kept the same trusty bottle of clorazepam tucked away for genuine emergencies, and it's lasted me for ages. During a literal panic attack, nothing can match the fast-acting relief of a benzodiazepine.

But as someone who has never taken a high dose of benzos, or for multiple consecutive days, I find it hard to understand why patients and doctors would see that as a solution to any mental health problem. Benzodiazepines tend to make users calm in virtue of their becoming kind of mentally fogged, slow, and sleepy. If a normal, single dose of benzos doesn't do that to you anymore, it means you've developed an unfortunate tolerance. Patients who take these drugs on an ongoing basis are living their lives in a psychologically suppressed haze, which may feel better at the time than anxiety, but isn't authentic either.

I'm not puritanical about substances, or even against potent psychotropic medications, but sometimes their use really does constitute "avoiding the problem," in a bad way. Even if long-term, heavy benzo usage doesn't increase your Alzheimer's risk one bit, that groggy mental fog is no way to live. Patients with ongoing anxiety issues need treatments like cognitive-behavioral therapy that will help them to deal with anxiety whenever it strikes in the future, often without the crutch of drugs. Unfortunately, I suspect that the problem may have more to do with mental health patients' lack of healthcare access than doctors who are negligent or incompetent.

Perhaps, in light of this new study, insurers will finally begin ponying up for more therapy for anxiety patients, realizing that it's in their financial best interest: otherwise they'll be on the hook for even more expensive Alzheimer's care for their benzodiazepine-addled beneficiaries later.

More like this
Zosia Mamet Opens Up About Her Eating Disorder
By Zosia Mamet
5 Crystals To Lower Your Anxiety
By Megan McCarty
I'm Going Off My Bipolar Meds to Try to Get Pregnant
By Anonymous, as told to Anna Goldfarb
An Honest Review Of The TikTok-Famous WalkingPad
By Kaitlyn Wylde
Get Even More From Bustle — Sign Up For The Newsletter