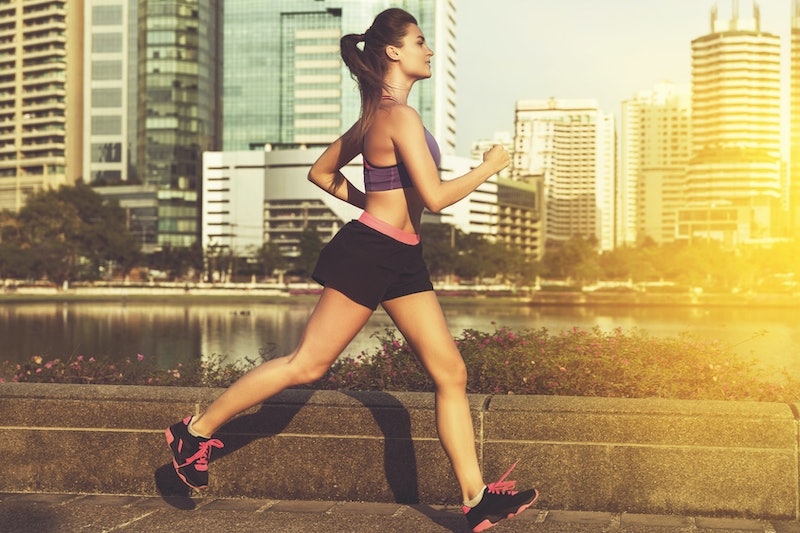 I can’t say that I’ve ever gotten wasted, then thought, “Gee, now seems like an excellent time to go for a run!”… but apparently it wouldn’t be the worst thing in the world to do. According to a new study, people run drunk pretty much the same way they run when they're sober. Who knew?

It’s just a pilot study, so the phenomenon definitely requires more research, but according to Mic., here’s how it went down: Nine researchers at the Italian Federation of Cardiology gave three shots of whiskey apiece to each of 10 healthy people; then they stuck them on a treadmill and had them run until they reached their maximum heart rate. Two days later, they did the same thing without giving them the booze first. The results? Lots of booze is “associated with a non-significant exercise performance reduction and stress hormone stimulation, with an unchanged exercise metabolism.”

Again, it’s a pilot study, so it’s worth noting that these findings only apply to a very small sample of a very specific demographic: Namely, healthy white dudes. Furthermore, it’s still not actually recommended that you booze it up before working out. As Evelyn Parr at Australian Catholic University’s School of Exercise Science told Outside Online, “Athletes, if they are actually athletes, would have no reason to consume alcohol, and especially in volumes that were used by that study, prior to any sort of event.” Plus, alcohol is a diuretic, which means it’ll dehydrate you something fierce. Not so good.

If you absolutely must drink before going running, give yourself enough time to metabolize it first. According to Dr. Matthew Barnes of Massey University in New Zealand, two drinks for men or one drink for women at least two hours beforehand is a “good benchmark.” He added, “More than that and you run the risk of dehydration and impaired judgment.” Unfortunately there’s no foolproof way to sober up if you accidentally overdo it, but if you’re curious, you might think about giving Berocca a shot. It can't hurt, right?