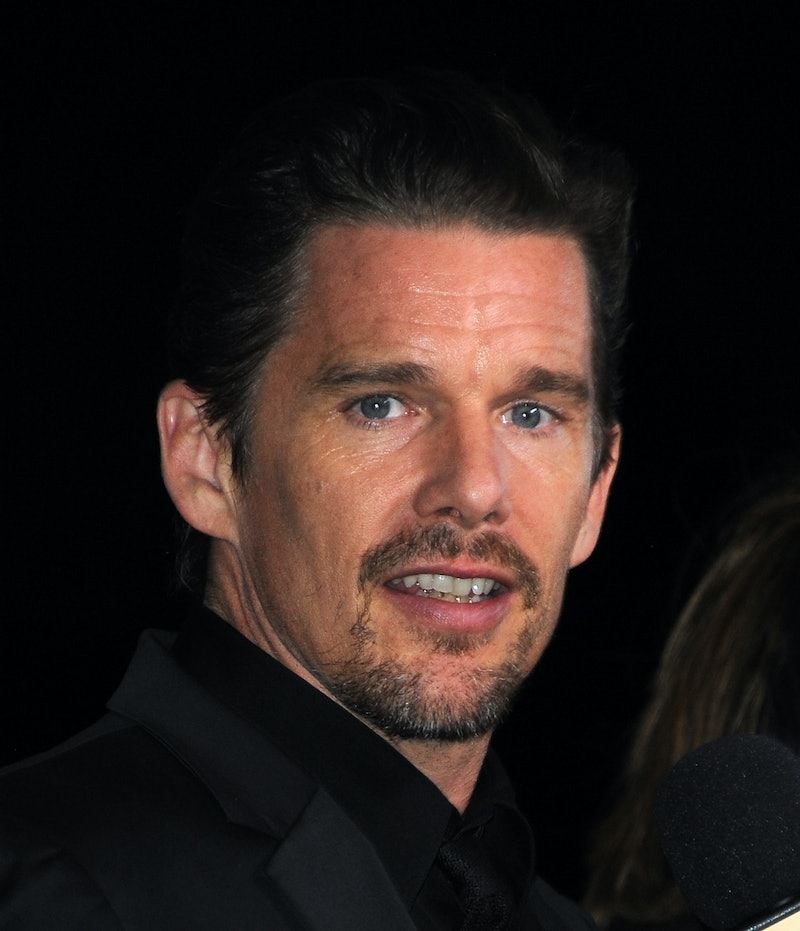 It's been just over a month since Robin Williams passed away, and unsurprisingly, many celebrities are still in mourning. Various actors' stories — those who were fortunate enough to have had the opportunity to work with the talented actor — are still pouring in, too. In the very touching video below, you can watch Ethan Hawke recount what it was like to work with Robin Williams in The Dead Poets Society in an interview with Jian Ghomeshi. The movie featured Williams in perhaps one of his most iconic roles; if "O Captain! My Captain!" affected viewers, then one can only imagine how great of an affect the man had on his young co-stars.

And he most certainly did. In perhaps one of the most touching and moving clips about Williams, Hawke very eloquently recalls how Williams instilled a real passion for acting in him — how because of Williams, he learned what acting is about; it's about something bigger than himself and service of a larger metaphor. Yet, this clip is about more than Hawke celebrating his passion for acting, as he recalls how clear it was to him that Williams was in an incredible amount of pain — which is why, he says, Williams was probably able to move so many people. "There was a very serious mind there," he says.