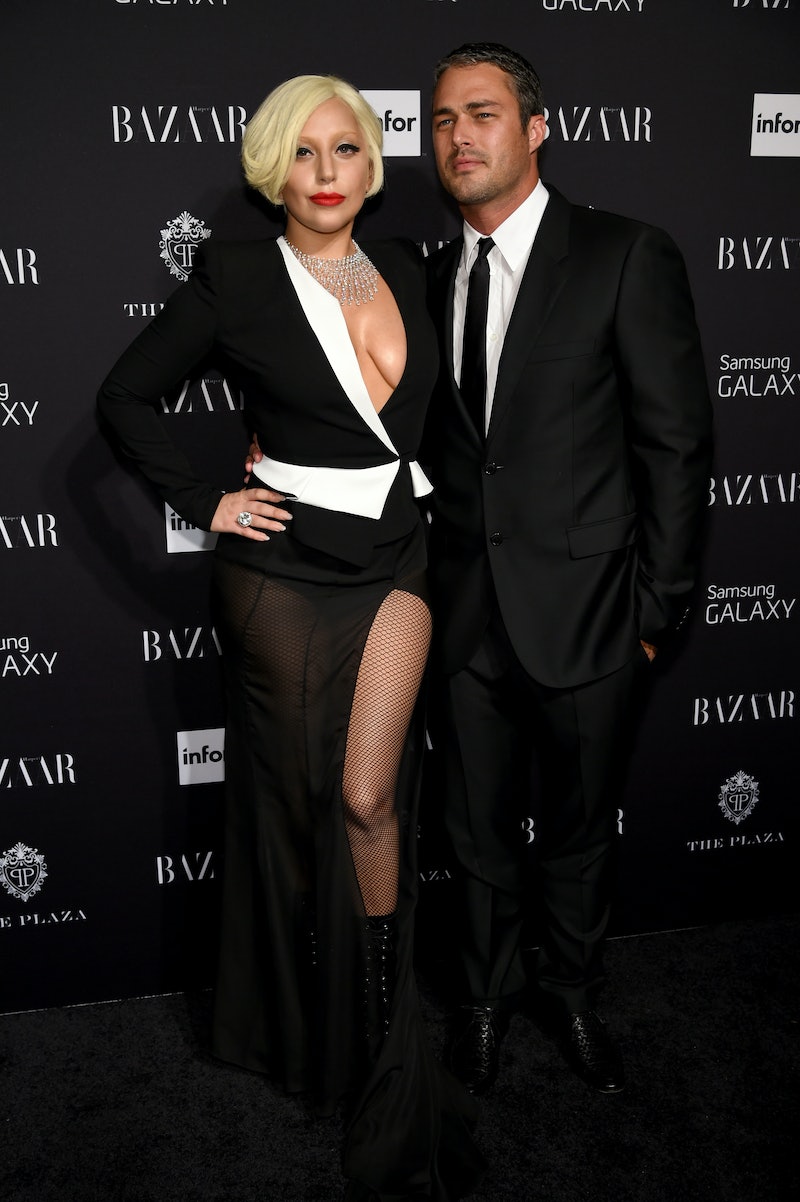 Lady Gaga & Taylor Kinney have been dating for about three years, although it's pretty easy to forget that either the singer or the actor is spoken for. Since they got together in 2011, the couple has kept their relationship pretty clandestine in the public eye. But lately, they've been decidedly less private about their romance. They make regular appearances on each other's Instagram feeds and attended the recent Bazaar Icons party together. It sounds like these two are in it for the long-haul, and will have plenty of stories to tell the grandkids. For starters, when Lady Gaga and Taylor Kinney met, Gaga was playing a refugee mermaid, and Taylor Kinney was her mad scientist captor.

Alright, let me make that sound way less bizarre. The couple was first introduced when filming Gaga's music video for "You and I." The Chicago Fire actor played Gaga's man candy in the six-minute long mini-movie, and shortly after, rumors of the two dating began to surface. Also, just take a moment to remember that the singer's other love interest in this music video was, well, herself dressed as greaser dude.

Funny enough, this particular song was famously inspired by one of Gaga's past love interests. At least, many people theorize that "You and I" was inspired by Gaga's on-again off-again beau Luc Carl, whom she split with in May 2011. Welp, I guess this artistic catharsis took the place of any the conversation about "exes" that a new couple would usually have.

Behold where the magic began!

Plentiful speculation of Kinney and Gaga's romance grew from there. The two were photographed by paparazzi out and about together in the winter of 2011, but they didn't publicly discuss their relationship much. When caught in a sharing mood, they would open up about lovey-doveyness. In one instance in 2012, the former Vampire Diaries actor told Kathie Lee Gifford and Hoda Kotb, "For whatever reason it works, but I'm a happy guy. I'm a lucky guy."

And Gaga told Howard Stern a year later in a 2013 interview a bit about the spark with her dude: "For me, the connection that I feel is so strong that it's so much stronger than physical. We're both very protective of our love as well. We treat each other with a lot of care and we're good to one another." Oh, well aren't you guys just as sweet as a cannoli decorated with chocolate Kermit heads wearing a fireman's hat.

Way to go, you too. Keep them freak flags a-flying.