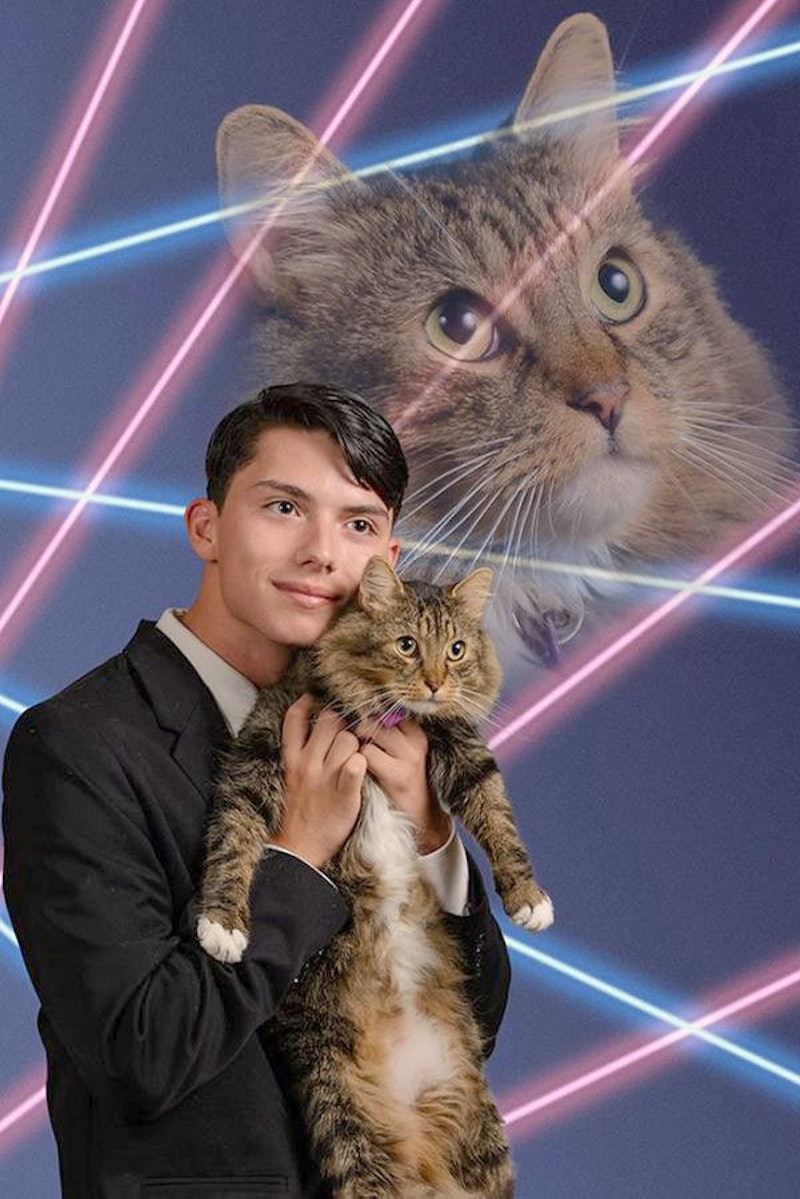 Schenectady High School senior Draven Rodriguez, despite his young age, knows a few serious life truths: High school traditions are ridiculous, cats give people the giggles in their hearts, school portraits peaked in the laser-happy early '90s, and if you want to get lots of attention, make up drama where none actually exists.

Rodriguez recently started an online petition to beseech his school to allow him to use a photo of him holding his cat against a laser background to be used as his senior portrait. Let me clarify: The school has not told him no yet. There's not even a good reason to think they will say no, considering the number of bare feet and acoustic guitars that commonly plague senior pictures.

I'm impressed with this kid. He's going viral today for absolutely no reason at all. The school hasn't told him that he cannot use the photo. They aren't infringing on whatever rights seniors have to making assholes of themselves in the yearbook. They didn't kill his cat. There is no scandal. He simply enlisted the most cliché, popular Internet flotsam, threw it together in a generically funny (although, admittedly, funny nonetheless) photo, and created a campaign to defend his basic brand of teenage humor against forces that are, thus far, doing literally nothing to thwart him. And the whole Internet is all "LOOK AT THIS GUY, WHAT A HERO OF COMEDY AND EXPRESSION!"

So, well done, kiddo. Get yourselves together, everyone else.

More like this
The Best Memes & Tweets About The Discontinuation Of The Choco Taco
By Alexis Morillo
What Does POV Mean On TikTok? The Popular Acronym, Explained
By Emma Carey
Here’s How To Get Verified On TikTok
By Emma Carey
On TikTok, Users Are Pranking Their Loved Ones With Minions Makeup
By Emma Carey
Get Even More From Bustle — Sign Up For The Newsletter