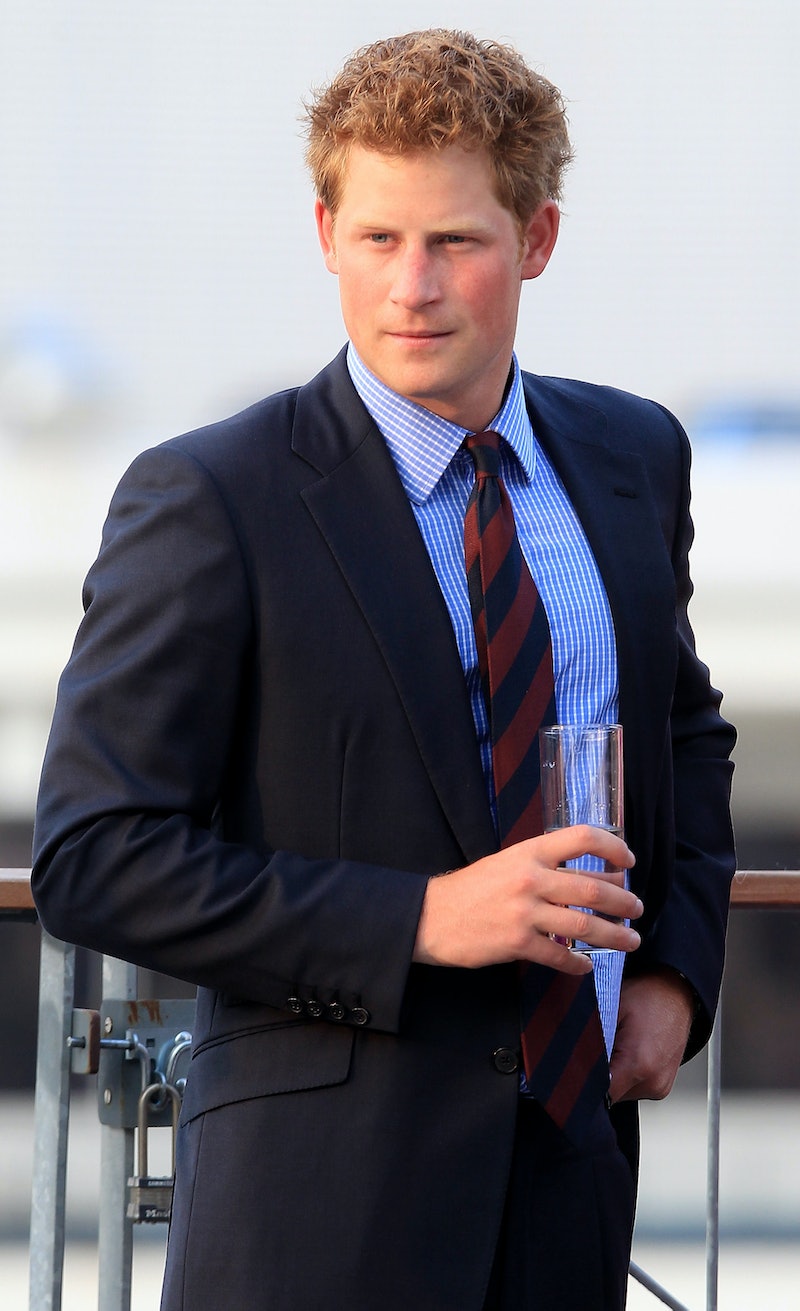 While it's being reported that everyone involved in this incident is going to be OK, but this sounds like a terrifying experience. According to Us Weekly, Prince Harry and his motorcade were involved in a high-speed crash in London yesterday, after one of the motorcade's police outriders collided with a taxi while escorting him to the Invictus Games. As The Telegraph reports, Prince Harry was not directly involved in the collision, but he "appeared shocked" as both the unconscious driver of the taxi and the police man — who was thrown 30 feet off his motorbike upon impact — were treated for their wounds by his bodyguards.

When the collision took place, Prince Harry's driver reportedly feared "a potential terrorist attack," and "steered his vehicle through the damaged vehicles at speed before coming to a stop a several hundred feet up the road."

Eyewitness reports state that after the accident, a shaken-up Prince Harry demanded they stop — despite security advice stating the contrary — and that he "sat in the back of the car with his head in his hands, constantly looking backwards at the injured men."

Thankfully, however, both injured parties are said to be OK, and in stable condition.

An investigation is currently being conducted by Scotland Yard to ensure the collision was just an accident and nothing major — and, since as of now no arrests have been made, it doesn't seem like the incident was a threat. According to a spokesperson for Prince Harry, "The prince was obviously very concerned and wanted to make sure the men were OK. He is relieved to hear they are both in a stable condition."

Glad to hear everyone involved in the crash is OK!