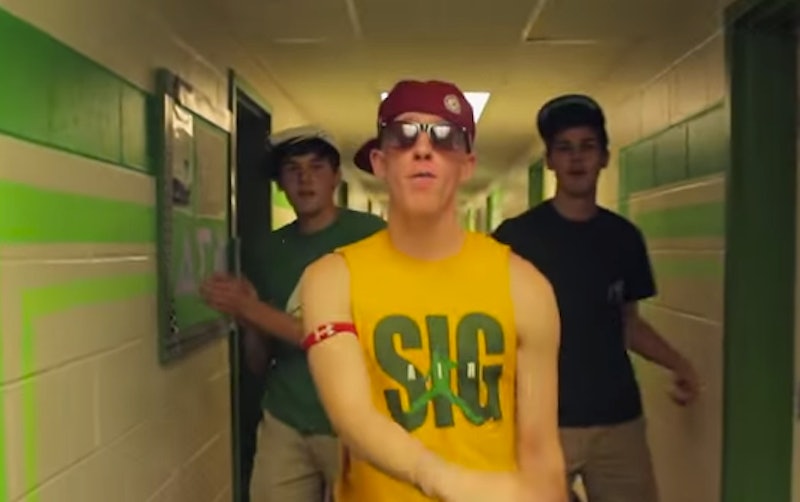 Your brain might not necessarily jump to "FRAT BOYS!" when you think about Taylor Swift's catchy, albeit divisive, new single. However, these college kids prove that the song is for everybody with their fraternity's hilarious lip sync of "Shake It Off." Who knew that a song supposedly about T. Swift's sunny personality and uncanny ability to shake things off could be so applicable to the frat life? They stay out too late, they go on too many dates — that's what people say! But as a young woman named Taylor Swift once said, haters gonna hate (hate hate hate), 'cause these boys of Delta Sigma Phi will shake it off (oh oh!), shake it off!

And if you, like myself, previously associated frat life with beer pong, ice luges, and general douchebaggery, then it is time for you to — ahem — shake that image off, too, as these guys prove that frat guys, like Swift, just wanna have fun! Did I just compare frat boys to Swift? Yes. Yes I did. Let this be positive reinforcement that we all are a little bit Swift, after all.

Anyhow, enjoy! Judging by the looks of this silly but 100 precent committed video, this frat's school year seems to be off to an awesome start.