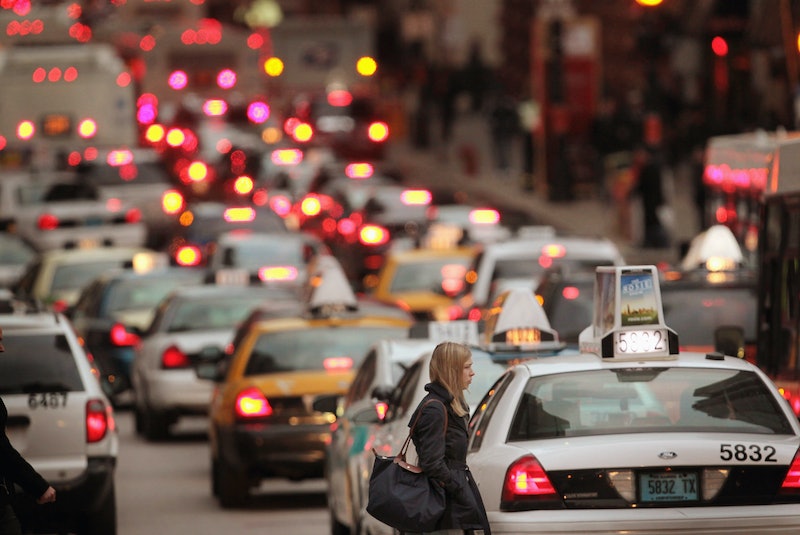 If you were happy to never have to hear about George Zimmerman again, we’re sorry to say that he’s back in the spotlight after yet another run-in with the law. This time, Zimmerman allegedly threatened to kill a man in Lake Mary, Florida during a road rage conflict. According to the alleged victim, Zimmerman demanded, "Do you know who I am?"

Here’s how it all went down: On Friday, police officers from Lake Mary, Florida were quoted saying that they'd received a 911 call earlier this week from a man claiming that Zimmerman had threatened to kill him during a road rage encounter. The same person apparently called 911 a day later, terrified, to report that Zimmerman was now waiting for him at work. Sounds like the Zimmerman we know, huh?

Beyond those stark facts, very little information is known — like, how the road rage incident arose in the first place; if Zimmerman and the 911 caller had any previous relationship before the incident occurred; and, finally, why the man who feared for his safety suddenly decided to drop charges.

This isn’t the first time since his 2013 acquittal that Zimmerman has had a less-than-savory police encounter, either. From domestic violence reports to criminal mischief charges, Zimmerman has racked up more than his fair share of legal issues in the past year alone.

Somehow, all of the charges against him, however — including those associated with the most recent road rage incident — have been dropped, which leads me to wonder: How on earth does Zimmerman keep getting away with this stuff?