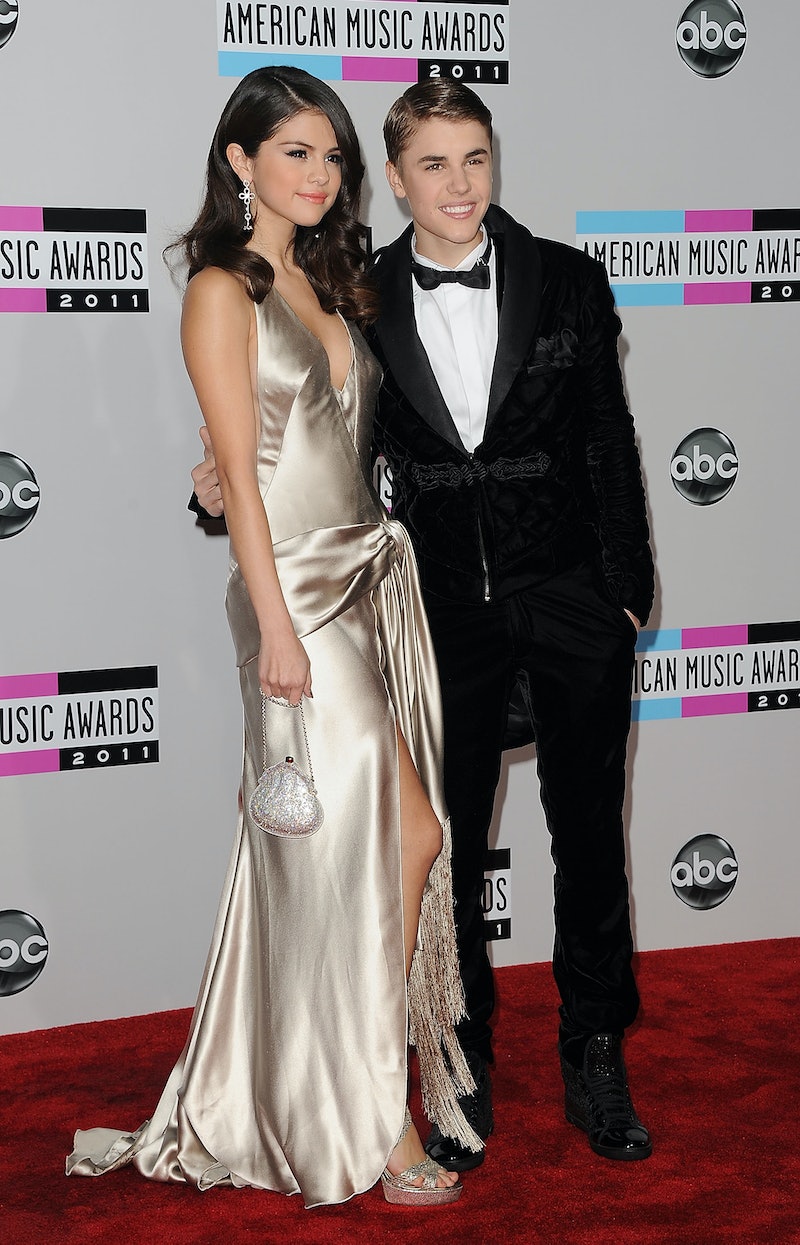 In the most "ugh" news you'll see today: According to E! Online, Justin Bieber and Selena Gomez are officially back together, clearly for reasons us mere mortals cannot understand. Bieber himself confirmed the relationship during a deposition (how romantic) for the lawsuit filed against him by a photographer who claims he was allegedly assaulted by the singer.

"As of today, what is your relationship with Selena Gomez?" Bieber was reportedly asked by the photographer's lawyer during the deposition, to which Bieber responded: "We're dating." When asked for further information about the relationship, the singer confirmed that they are very much boyfriend and girlfriend — which, by the way, is all despite rumors from IB Times claiming he maybe cheated on Gomez, like, yesterday. Those crazy kids, amirite?

To Bieber's credit, the deposition is being reported as "uneventful," unlike the last one for this case from March where Bieber acted like a literal petulant child, especially when asked about his relationship with Gomez. Maybe that shows character growth, or maturity of some sort. Maybe he was just tired. Who even knows?

Gomez has not yet commented on whether or not she has been dating Bieber, but the two of them have been photographed together lately. So with Bieber's confirmation, it's seeming likely that they're indeed back on for some reason.

Taylor Swift, you're needed over here.