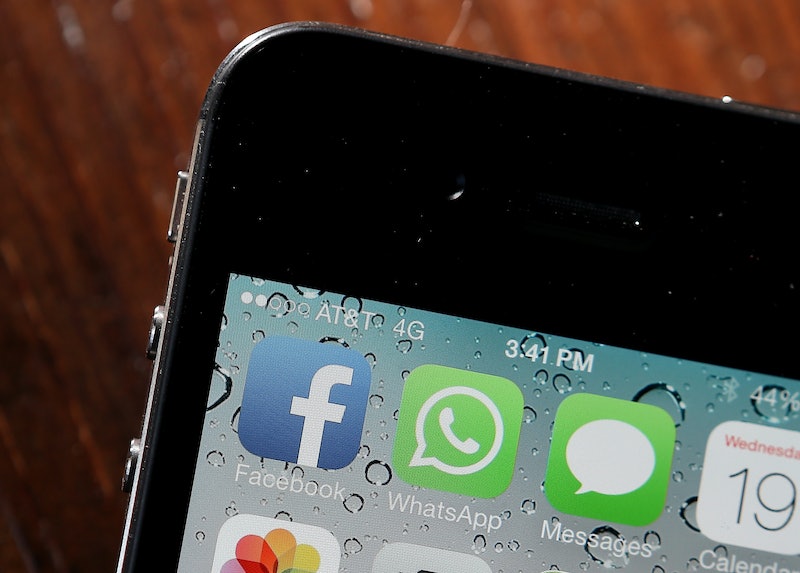 Aside from the fact that they post nauseatingly sappy photos, we now have another reason for couples to avoid Facebook: Social media is linked to cheating in couples. For most twentysomethings, social media just seems like a harmless way to kill time. People usually don't think twice about looking up a cute guy on Facebook, having a flirty text conversation, or even taking their chances on Tinder (an art that I have yet to master). But a recent Redbook article pulling from research and anecdote suggests that your presence on social media may have more serious consequences, linking online activity with infidelity.

For single women, this is of little concern, but for those in relationships, these recent findings seem to present serious cause for reevaluating your social media activity. For starters, the constant stream of information on social media presents multiple opportunities for temptation that would otherwise be unavailable. How many times have we been scrolling through a friend's Instagram and been intrigued by someone we see in a photo? Although our intentions may be harmless, once exposed to the photo, there really is no erasing it from our radar. Behavioral scientist Andrew Przybylski, Ph.D., for instance, says that "even if you're not interacting with the person's profile, it's still placing him or her in your mind and consciousness."

Of course, scrolling through an online profile alone is not a recipe for cheating. But combine that with the ability to instantaneously connect with an individual online and problems begin to occur. What once required face-to-face interaction and mountains of courage can now be achieved at the click of a button behind the safety of a computer. There's also the temptation to think that because a flirtation is transpiring online, it's not considered cheating. But Redbook argues that this is not the case, citing the following research:

Experts say no. A 2013 Texas Tech study led by Cravens found that even if infidelity was confined to online activity, the emotions experienced by the partner who was cheated on were just as painful as if it were a physical affair.

Although I'm not quite convinced that online relationships equate to physical infidelity, it's safe to say that social media has created a gray area where there once was none. The question remains, then, as to whether or not couples should avoid temptation by reducing their social media presence. Redbook tells us we can look from afar, or restrict our exposure by only following close friends and family, but at the end of the day, I would argue that any social media presence gives way to temptation. And since I highly doubt that people, especially twentysomethings, would be willing to give up social media altogether, we should start to view our online activity as an exercise in restraint.

Although social media may provide for an easier pathway to infidelity, cheating online still requires agency. So instead of bending over backwards to block profiles or remove alerts on your phone, simply remain cognizant of your words and actions. Remember to keep your online exchanges the same as your interpersonal ones — avoid typing something that you wouldn't say to the person's face. And in the case that you do find yourself succumbing to temptation, perhaps it is time to reevaluate your relationship and what is driving you to seek emotional connections elsewhere. Social media isn't changing our relationships, it's simply another vehicle by which we can find reason to stray.

That being said, social media is also a wonderful avenue for those looking to find successful and meaningful relationships. Like anything else, it's up to us how we use the tools that are available. And with that, my single self is off to try my hand at Tinder again...