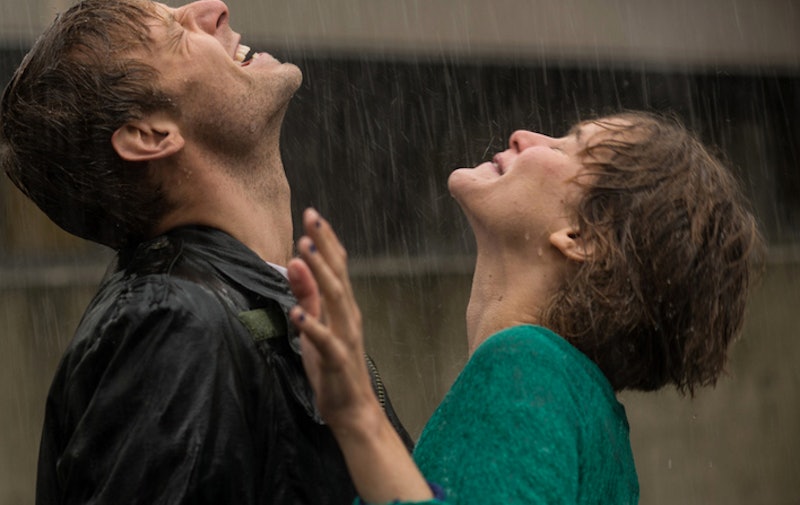 Full disclosure: Wetlands is probably the grossest movie you will ever see. I cannot emphasize that enough. It is appallingly dirty, and not in a sexy-naughty kind of way, I mean Wetlands is truly unhygienic. If you're someone who's easily grosses out by bodily fluids, this movie probably isn't for you. But here's why the rest of you need to see it anyway. Definitely without parents, kids, grandmas, or anyone who you don't want to have a really, really awkward conversation with afterward. Think about it. WETLANDS. I'll say nothing more.

Based on the best-selling German novel by Charlotte Roche, Wetlands is a darkly comic coming-of-age story about a teenage girl named Helen who considers herself "a living pussy hygiene experiment." Helen has a disregard for personal hygiene that borders on pathological, resulting from an emotionally vacant upbringing by her suicidal mother and distant father. But that's not why you should see "Sundance's crassest, most outrageous movie". Wetlands is a film about body acceptance and sexual freedom. The gross-out humor is, well, really super gross, but it's meant to make us realize that bodies are not the perfect, non-smelly forms usually depicted in pop culture.

As Flavorwire's Judy Berman writes, Wetlands presents bodies in their natural, unperfumed state as "positive, powerful [things] from which human beings have become depressingly alienated." We stink, we sweat, we ooze. We're not meant to wake up smelling like flowers, contrary to what most mainstream female movie protagonists would have us believe. Wetlands wants to shock us into loving our bodies in all their disgusting glory, which is a truly radical idea.

So when it comes to Wetlands, go for the poop humor, stay for the hot male nurse, and then actually stay for the feminist, body-loving message. Bodies are gross. People poop. Embrace it.