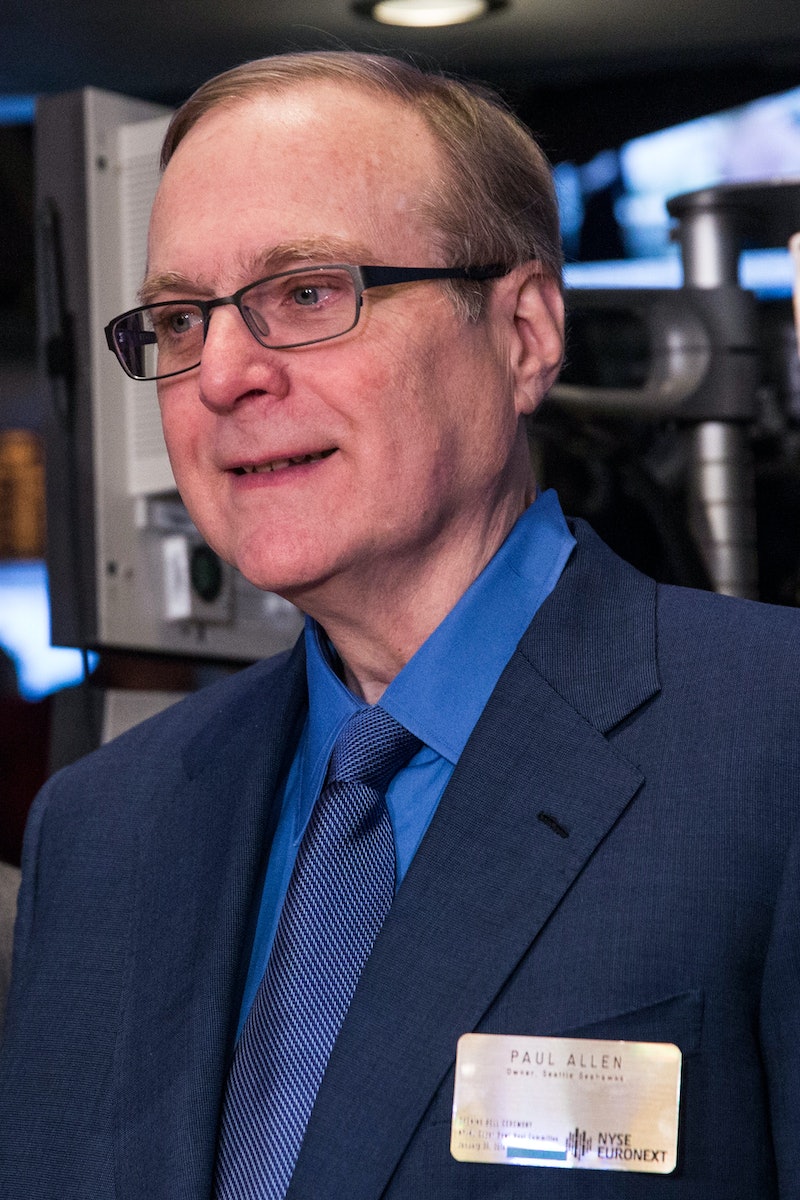 Isn't it nice when a high-profile name lends their support? It's nice to know that even the rich and famous are concerned about the spread of Ebola, and confronting the outbreak seriously — Microsoft co-founder Paul Allen is donating $9 million to the Ebola outbreak effort, as Reuters reports, a hefty sum indeed. He's joining his old partner and fellow charitable billionaire Bill Gates in the cause, as well, with the Bill and Melinda Gates foundation pledging $50 million on Ebola, its largest-ever single donation, to buy supplies and bolster the response across West Africa. In simple terms, some very rich people are spending their money in a very helpful way, and it ought to be acknowledged.

This isn't out-of-character for the 61-year-old Allen, who's no stranger to acts of philanthropy. Throughout his career he's doled out over $1.8 billion, a simply staggering sum, to a wide array of causes — from brain research to arts funding to wildlife conservation, and on and on. He's also signed onto "The Giving Pledge," an agreement made by a number of wealthy individuals to donate at least half of their total fortunes. In other words, this is something of a long-term endeavor for him, and he probably couldn't have picked a more pressing and worthwhile cause to get behind than helping the people of West Africa.

According to Reuters, the donations will be spent on helping the Centers for Disease Control (CDC) establish emergency centers across Liberia, Guinea and Sierra Leone, the worst-hit of the Ebola-stricken nations. Liberia's national response to the crisis has been controversial — for ten days in late August, the Liberian military enforced an Ebola quarantine zone in West Point, one of the poorest slums in Monrovia, the nation's capitol city. It's since been lifted, but all the same, the public health crisis there is intense, and across the swath of affected countries, things are getting worse.

According to the World Health Organization (WHO) the outbreak, which began in Feburary, has now caused at least 2,400 deaths. The hyper-lethal virus is proving more survivable in this recent outbreak, for what that's worth — infected patients are dying only 53 percent of the time, a far cry from the mortality rates of over 90 percent seen in years past. And even better, human trials of a potential new Ebola vaccine are already underway, so it's clear that the world stage is treating this problem with the attention it demands.

The U.S. Congress may be following suit, as well. President Obama requested $88 million in Ebola-related spending to be included in an upcoming funding bill in the House, and the congressional GOP has played ball, allowing the spending proposal into the bill. That's as good a sign of the severity of the crisis as anything — when even House Republicans are acquiescing to Obama's funding proposals, you know there's some weight behind it.

This actually isn't the first donation Allen's made to combat the spread of Ebola — as the AP reported, he paid out $2.8 million to the Red Cross for equipment and training in August.