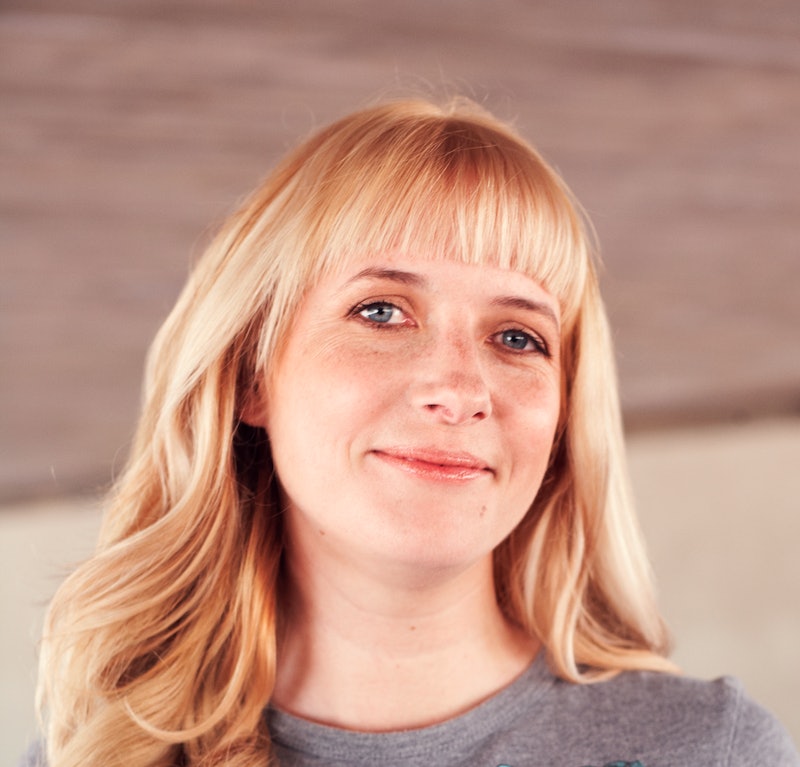 South African author Lauren Beukes is difficult to categorize. Her breakout book, 2013’s The Shining Girls, is both a crime novel (there’s a serial killer on the loose) and a supernatural tale (that serial killer just happens to be a time traveler). In Broken Monsters (Mullholland), Beukes weaves together the stories of five Detroit residents: homicide detective Gabriella Versado; Versado’s acerbic teenage daughter, Layla; the fame-hungry journalist Jonno Haim; a homeless man with a checkered past named T.K.; and tortured sculptor Clayton Broom.

This book is not for the faint of heart. The central murder — one so grisly that even veteran detective Versado is horrified — involves a particularly gruesome example of human taxidermy. But as Beukes told me during our phone chat, violence in real life is shocking and it should be the same way on the page. The characters’ lives intersect and hurdle towards a conclusion that’s both inevitable and surprising — it might be hard to take a break from Broken Monsters and do all those necessary life tasks (like brushing your teeth and going to work). You might just want to take a sick day and read this one in one fell swoop. Here’s what Beukes had to say about everything from the choice of setting to the value of art.

BUSTLE: As a non-American, what’s the appeal to you of setting your books in the States, with The Shining Girls in Chicago and now Broken Monsters in Detroit?

LAUREN BEUKES: I think we’ve lived — and are still living — the American century. I’ve also lived in the States so it feels like something I can write about. With Chicago and The Shining Girls, I specifically wanted to write about the 20th century and I knew that if I set in South Africa, it would immediately become an Apartheid story — that would have been the overwhelming theme and the overwhelming history. So I specifically didn’t want to set it in South Africa because I wanted to look at other issues, and Chicago gave me a very broad canvas.

Both Johannesburg and Detroit are places that people live, and I wanted to get to the spark and fire underneath it all, and explore the ways that makes the place home.

For the second book, [I was] interested in Detroit, especially the “ruin porn” photographs we see coming out of the city. It’s incredible to have this decay in the middle of a powerful, wealthy country. But it’s also my secret way of writing about Johannesburg again, as I did in Zoo City — the cities have a lot in common. They look like blighted, terrible places from the outside, with boarded up buildings and crime and poverty and squatters — just brokenness. It becomes a symbol for everything that’s wrong with South Africa and I think people feel the same way about Detroit. But both Johannesburg and Detroit are places that people live and I wanted to get to the spark and fire underneath it all, and explore the ways that makes the place home.

How did you do your Detroit research? I’ve only been to Detroit once or twice but the book made me feel like I was there.

I went to Detroit twice: Once in the beginning of the book and once near the end, when I knew I had gaps to fill. I interviewed a whole ton of people and I was really cheeky. I’d meet someone for coffee and talk about what it was like in Detroit or about the art scene and then I’d say something like “Hey, do you think you could drive me around for an hour and show me around?” A couple people drove me around a lot. One of them was a journalist named Anna Clark — I ended up hiring several people to drive me around the city and show me different places. I also worked in a soup kitchen for a day. After I served the food, I went from table to table and spoke to people. I explained exactly why I was there and I asked them to share their stories and they did. It was amazing hearing all these incredible human stories.

It’s importance to, in terms of violence, grab you by the shoulders and say “I’m sorry I have to do this to you but this is what real violence is, this is what it means, and this is what it does to people — don’t look away.”

Art in so many forms plays such a key role in Broken Monsters. What made you decide to make it a focal point?

Art turns up in all my books, to some extent. I’m really interested in ways of perceiving the world and I think art and the creative urge is a deeply human thing; it says so much about who we are.

There’s an interesting juxtaposition in the book between art that’s so tactile, like sculpting, and technology, which is both personal and remote.

I think the fact that you can be anyone you want to be online is very appealing to people. What really interested to me was to explore Cass’ story [about her horrible experience at the hands of cyber bullies] because I think it’s something that’s happened to so many girls, not just the ones who make the news. These girls have been shamed and many of them have actually had to leave school, like Daisy Coleman. I wanted to look at that idea of kids wanting to explore their sexuality and then having one event, an attack, held against them for the rest of their lives. There is no more privacy. It’s the end of privacy. And we have to try and find a way to live with it.

I’ve always written the stories I want to write and all my stories are radically different.

The idea of violence — either sexual violence or homicidal violence — is a key part of Broken Monsters. None of it felt gratuitous. As a writer, how do you gauge how far you want to go in that area?

For me, it comes down to making it as real as possible. And in real life, violence is very shocking and very upsetting. So I try and write it like that and get to the heart of what violence is and what it does to us. I’m lucky that my South African editor is a leading expert on violence against women and children in South Africa. I also know that if I ever did go over the line that she would pull me back. But it’s importance to, in terms of violence, grab you by the shoulders and say “I’m sorry I have to do this to you but this is what real violence is, this is what it means, and this is what it does to people — don’t look away.” Which is not to say that we should all dab ourselves with the blood and run around. But I think there’s a difference between cartoonish violence or gratuitous violence — it’s not going to have the same emotional impact.

I know it’s no fun to think about labels for your own book but as my copy of Broken Monsters proclaims, “this is a genre-bending new novel.” What was the appeal for you in moving towards what could more easily be classified as crime fiction and away from science fiction?

It’s just the stories I want to tell. I’m not trying to do it on purpose, I swear! I’ve always written the stories I want to write and all my stories are radically different. Moxyland was a neo-Apartheid cyberpunk political thriller and Zoo City was a black magic noir. And Shining Girls was something of a crossover — I’m trying to get people to use that label. If it doesn’t fit into any box, we’ll make a whole new box.

If it doesn’t fit into any box, we’ll make a whole new box.

I’m pitching a couple new projects to my agent and my editor is quite excited about one. It’s very different. There’s no real serial killer. At least I don’t think there is. Of course, I probably will kill people and there will still be some weird, supernatural crossover elements. But I’m also switching to a book every two years. I just can’t keep up with the pace of a book a year, especially with all the travel that I’m doing.

I think your readers will forgive you. It’s the people who take 10 or 12 years between books that try readers’ patience.

Oh no, I won’t be one of those. Donna Tartt and George R. R. Martin, I’m looking at you!