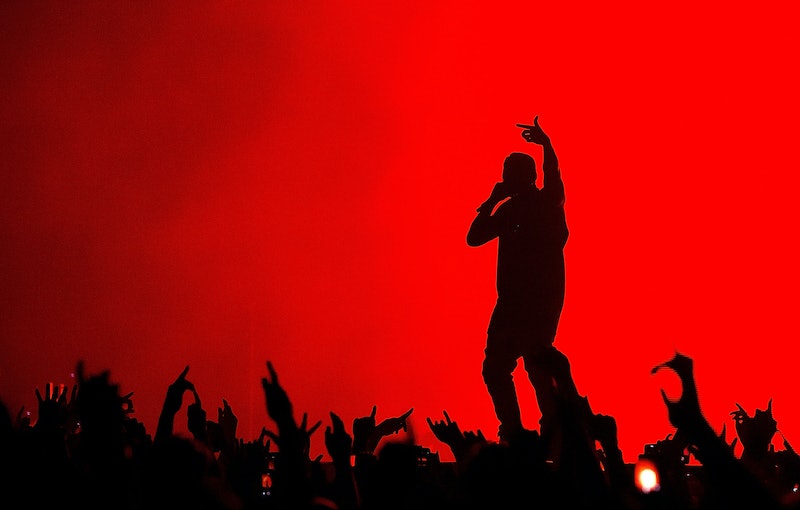 If you insert an alligator boot into your mouth, does it taste better than a foot? Only Yeezus might know. At a concert in Sydney, Australia, Kanye West yelled at a wheelchair-bound fan to "stand up." I know what you're thinking, and no, it wasn't because he thought he was godly enough to cure whatever it is that has the audience member in a wheelchair. West just wanted that person to party and show their love by dancing, you guys! The 37-year-old man screamed into the microphone, “I can’t do this song. I can’t do this show until everybody stand up… Unless you got a handicap pass and you get special parking and shit. I'mma see you if you ain’t standing up, believe me, I’m very good at that.”

Indeed, he is. When West spotted a couple fans who didn't get out of their seats, the Daily Mail reports that he sent his bodyguard into the crowd to figure out, for the love of God, why some people remained seated. Yeezus was about to perform "Good Life," after all! FANS NEED BE STANDING.

The Daily Mail goes on to say that concertgoers were trying to show West that one fan was in a wheelchair by pointing to the wheelchair symbol in his section and making wheelchair motions, but Kim Kardashian's husband needed cold, hard evidence — he can't trust just anyone, you know. When the bodyguard confirmed for West that the fans were in fact handicapped, the rapper replied, "It's fine!"

Think this is too weird, even for West? Here's video from the concert: