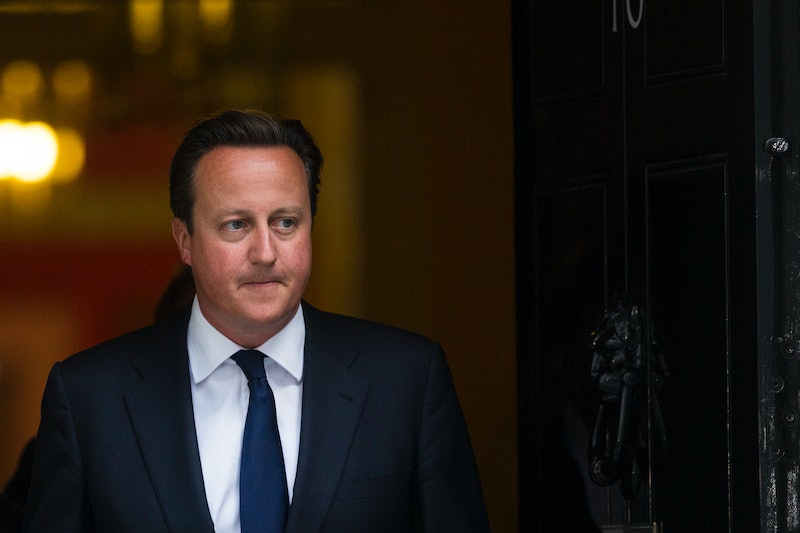 Following the murder of humanitarian relief worker David Cawthorne Haines, British Prime Minister David Cameron has promised to "destroy" ISIS, the nihilistic terrorist group causing violence throughout Iraq and Syria. Cameron, who recently joined President Barack Obama in a call for an international fight against ISIS, held an emergency cabinet meeting at his residence Sunday morning. But despite standing in alliance with Obama and the United States, it's unclear if Cameron will order military strikes against the reigning terrorist group.

Cameron released a thorough statement Sunday morning, memorializing Haines as a "British hero," denouncing ISIS as "monsters" and outlining the ways in which the United Kingdom is taking action against the terrorists:

Today the whole country will want to express its deep sympathy for David Haines' family. They have endured the last 18 months of David's captivity with extraordinary courage and now David has been murdered in the most callous and brutal way imaginable by an organisation which is the embodiment of evil. We will hunt down those responsible and bring them to justice no matter how long it takes. ... The fact that an aid worker was taken, held and brutally murdered at the hands of Isil sums up what this organisation stands for.

Similar to Obama's Wednesday night address, Cameron laid out his plan of action, which, unsurprisingly, mirrors Obama's strategy. Cameron said he will support the regional Kurdish government — a persecuted minority group in Iraq — with supplies and ammo in their fight against ISIS. The prime minister also plans to mobilize the United Nations, as well as support humanitarian efforts for those displaced by the brutal crisis.

However, Cameron made no definitive statements on carrying out airstrikes against ISIS targets. The prime minister emphasized his support for the ongoing U.S. military operations, adding that British Tornadoes and surveillance aircraft have been helping the U.S. with intelligence and logistics. Any direct British military action has yet to be taken.

This is not about British combat troops on the ground. It is about working with others to extinguish this terrorist threat. As this strategy intensifies, we are ready to take whatever steps are necessary to deal with this threat and keep our country safe.

"This is not something we can do on our own, we have to work with the rest of the world," Cameron added, reiterating the plea he and Obama made to other European nations at the NATO summit earlier this month.

Although the U.S. is leading this fight against ISIS, it's clear that the U.K. has also become a target for the terrorist group. The leading suspect in the ISIS executions of hostages is believed to be a British-born rapper, and ISIS members may have other ties to the U.K.