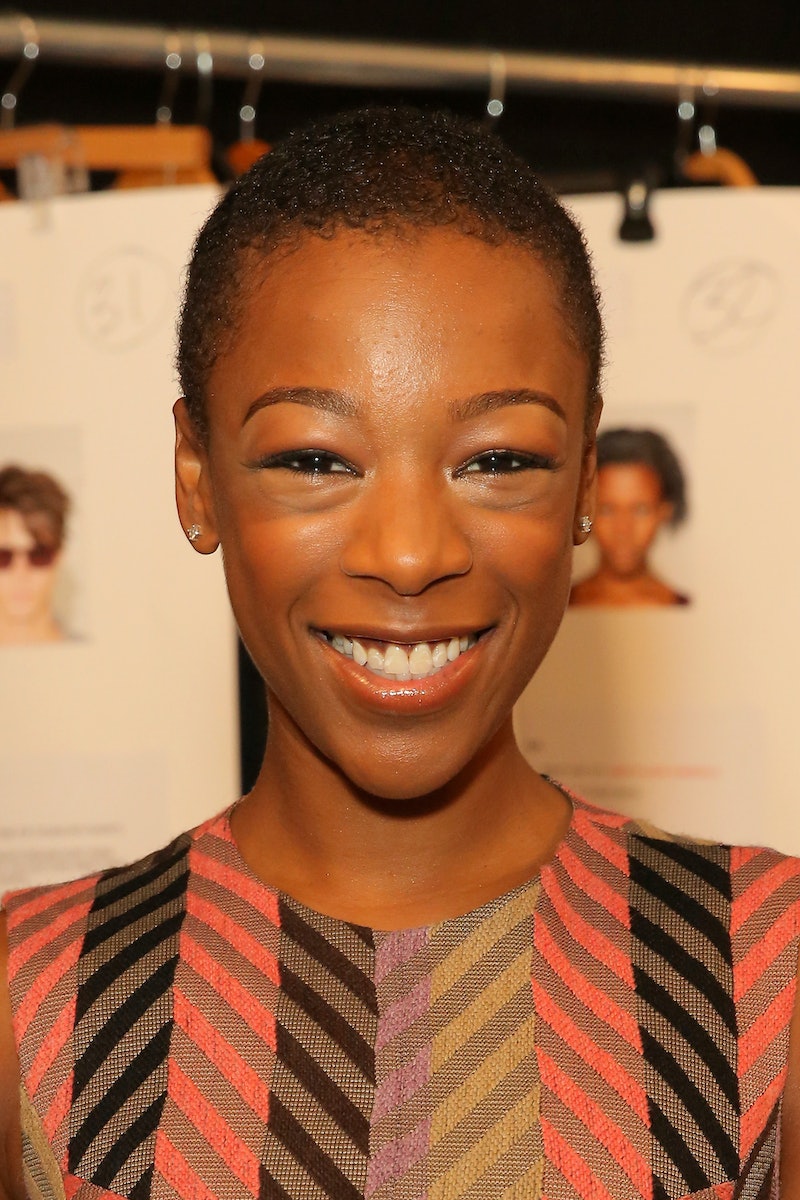 It turns out that, like the rest of us, Orange Is the New Black writer Lauren Morelli has fallen in love with Poussey. Well, she's actually dating Samira Wiley, who plays Poussey on the show. In May, Morelli revealed in a very public coming out that writing for the prison dramedy was a factor in her realizing that she was gay, despite the fact that she was married to a man at the time. She wrote a piece for Identities.Mic entitled "While Writing For 'Orange Is the New Black,' I Realized I Am Gay." "I went through it all on set," she wrote. "I fell in love with a woman, and I watched my life play out on screen." Apparently, writing scenes involving Piper and Alex's romance was part of what made her realize that she should get out of her marriage. "In Piper and Alex, I'd found a mouthpiece for my own desires and a glimmer of what my future could look like."

TMZ obtained the divorce documents, which were jointly filed my Morelli and her husband, fellow TV writer Steve Basilone. In the meantime, Poussey and Wiley attended the Emmys together, apparently holding hands and dancing at after-parties. They haven't officially announced their status as a couple, but they have sure been pretty cute on Instagram.