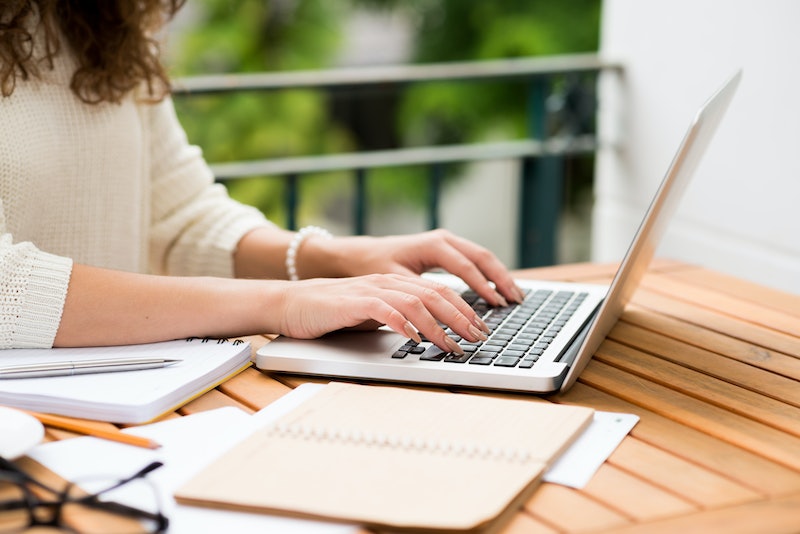 What did you do during your college years? For most people, college is a time to cultivate new friendships and explore newfound academic interests. I spent my four years writing long papers about presidential libraries and feminist food theory, working as a barista, and playing a drinking game with my friends called Edward Otherudder (it was weird — don't worry about it). I got good grades and made good friends — nothing out of the ordinary. Four years out, and I, like a lot of my friends, am still wondering what a career is, if I want one, and when it will start.

For some writers, though, college marks the beginning of their writing careers — school’s not just a place for them to fine-tune their craft and discover new authors; they are newly discovered authors themselves. Some of today’s most successful writers began publishing their work when they were still undergrads — Veronica Roth, Bret Easton Ellis, Zadie Smith, and more. They didn’t rest on their laurels, though; they kept writing and publishing and their reputations have only grown (though for some, like you'll see below, things have grown worse).

These authors wrote bestsellers before getting their bachelor's — so prepare to feel either inspired or very, very lazy. ¯\_(ツ)_/¯

Chabon — later a Pulitzer winner for The Amazing Adventures of Kavalier & Clay— began his coming of age novel during his undergraduate years at the University of Pittsburgh (where the novel is set), and finished it as his MFA thesis.

Roth started Divergent, the first book in her crazy successful YA series, when she was a senior on winter break from Northwestern University; she sold the movie rights before she even graduated. Need more reasons to be jealous? Already finished with her first trilogy (Insurgent and Allegiant came post-college), Roth is only 26.

How Opal Mehta Got Kissed, Got Wild, and Got a Life was written and published while Viswanathan was an undergrad at Harvard; not surprisingly, the book is about a high-schooler trying to get into Harvard. After it was revealed that Viswanathan plagiarized many of her passages (from Meg Cabot, Megan McCafferty and, yes, Salman Rushdie), her publisher took the book off the market and ended her contract.

White Teeth— which follows the friendship and families of two English men and is set in a chaotic London — became an instant classic upon publication. Written while Smith was still a student at Cambridge, the book has become a syllabus staple for college students all over the world.

The New York Times published Maynard’s still-relevant and shattering “An 18-Year-Old Looks Back On Life” (“And I — I am 18, caught in the middle. Mine is the generation of unfulfilled expectations”) when she started at Yale, and her new fame led to a yearlong relationship with JD Salinger. Maynard was able to capitalize on her early success, later publishing To Die For and Labor Day.

Click here to buy To Die For and Labor Day.

Ellis didn’t need to do much research for his 1985 novel Less Than Zero — he wrote the book, about a college student’s drug-fueled winter break, while an undergrad himself. The novel’s protagonist attends Camden College, a liberal arts school that pops up in Ellis’ The Rules of Attraction and American Psycho, and bears a striking resemblance to Donna Tartt’s Hampden College (the two went to Bennington together, and their characters are often referenced in one another’s work).

Click here to buy Less Than Zero, The Rules of Attraction, and American Psycho.

The New York Times calls The Icarus Girl, Oyeyemi’s debut novel about an imaginary friendship gone wrong, “a nightmarish story that will haunt Oyeyemi's readers for months to come.” The only thing more upsetting than Girl’s Tilly Tilly, a spook, imaginary playmate with an evil side, is the fact that the author completed it while still in high school and published it while in college.

The author of The Outsiders, the quintessential coming-of-age novel, saw her first novel published to great acclaim while a college freshman in Oklahoma. If that weren’t impressive enough, Hinton actually finished writing it while a senior in high school.