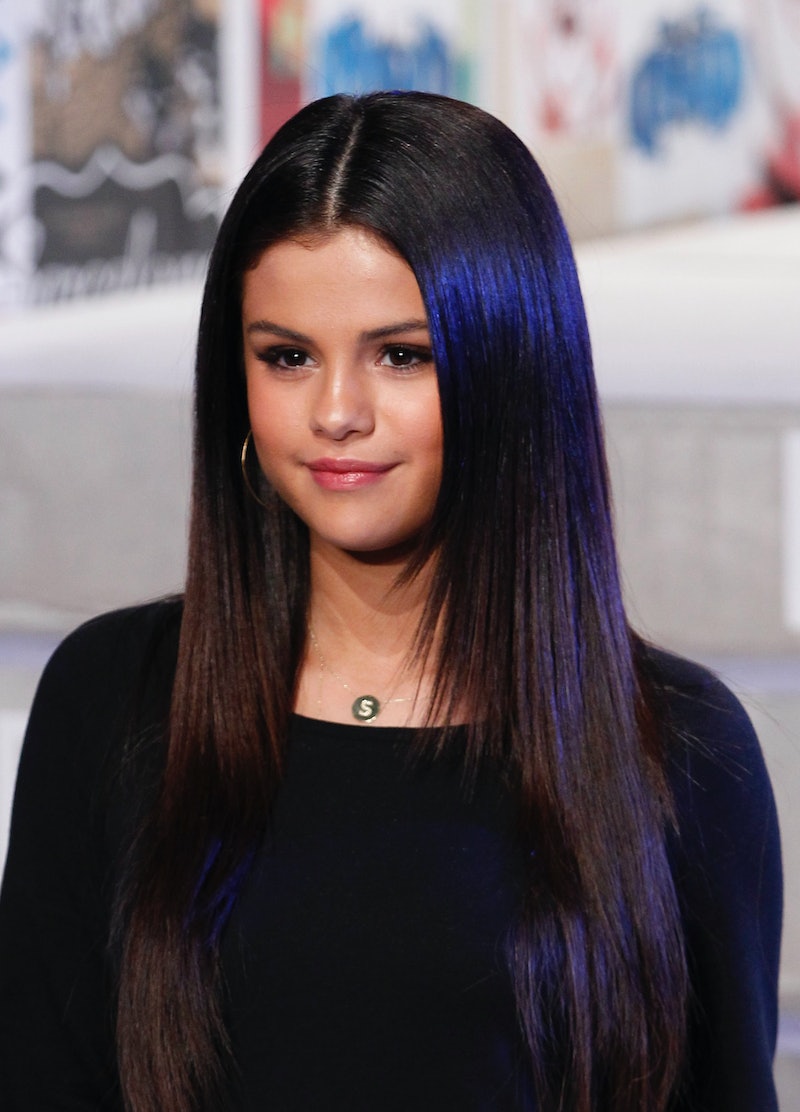 Whenever I feel like I need to change things up in my life, it seems that my go-to is cutting off all my hair. Knowing that it’ll always grow back and won’t really cause any problems — aside from a dent in my parents’ wallet — it’s the easiest way to feel like I’ve done something exciting and different without being too dramatic. So obviously I get why Selena Gomez recently changed her hair with bangs, a hairstyle, which she hasn’t seemed to rock since her Disney days.

The look, which she showed off on Instagram on Saturday, appears to be inspired by Bradley Cooper’s model girlfriend Suki Waterhouse after the "Come & Get It" singer captioned one of her pictures with “Tried my best @sukiwaterhouse.”

To be honest, I wasn’t a huge fan of Gomez’s fringe the first time she had it because not only was it super blunt, but it also hit her way past her brows and was pretty overwhelming for her face. Yet her second try is light and wispy, and she looks phenomenal. I’m sure Waterhouse would approve of her new look.

Perhaps the singer-actress was simply just bored of her old hairdo, or maybe she’s attempting to send a message about other changes to come. Gomez did just star in Behaving Badly, and her next movie, Rudderless, has yet to premiere on the big screen. After all this recent work in film, her new haircut could be a transition toward bigger and better things. All that really matters, though, is that the girl looks fly.