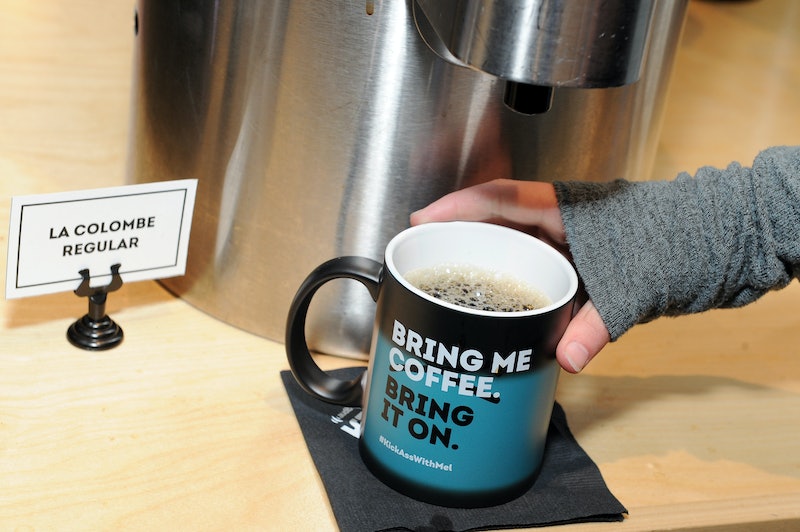 Although the number of adult coffee drinkers has dropped in recent years, a good portion of us still kick off our days with a cup of the good stuff. But are people who work in some professions more likely to rely on coffee to get them through their day than others? According to press release distribution service Pressat, the answer is a resounding yes. Ladies and gentlemen, behold the 10 most coffee-addicted jobs of all.

Pressat conducted a survey of 10,000 professionals to find out their habits when it came to coffee consumption. They found that a whopping 85 percent drink at least three cups of joe daily; additionally, nearly 70 percent admitted they thought their ability to function at work is affected by whether or not they get their java in the morning. I think I speak for most of us when I say, yikes.

Drinking so much coffee isn’t without its risks. A study conducted by the University of South Carolina found that the daily recommended dose of caffeine shouldn’t exceed 200mg per day — the equivalent of about two mugs of coffee. Beyond its addictive properties, comparatively mild though they may be, caffeine can up your blood pressure, cause anxiety, and lead to health problems; unfortunately, though, 62 percent of respondents to Pressat’s survey weren’t aware of the health risks. At the same time, though, research has also found that coffee has loads of health benefits, too; moderate coffee consumption can lower your risk for type 2 diabetes, enhance memory, reduce pain, and lessen risks of liver damage. As long as you don’t overdo it, you’ll probably be fine.

The folks in the following 10 professions, though? We’re probably more likely to overdo it than anyone else. And yes, I said “we” — guess what the number one answer was? To be fair, the answers aren’t exactly surprising; most of them are the sorts of people you would expect to drink a heck of a lot of coffee. Is anyone else suddenly questioning their choice of career?

I’ll, um…be over here. In the corner. Clutching my coffee mug and doing my best Gollum impersonation.

Doughnuts are optional, but the Twin Peaks Sheriff's Department would really appreciate it if you brought them with you whenever you visited.

The secret’s out: That “#1 Teacher” mug your first grade teacher always kept on her desk? It definitely wasn’t full of water.

Sorry, Mario. Your coffee is in another castle.

Given the absurd hours most medical professionals work, I wouldn’t be surprised if most of them had coffee running through their veins instead of blood.

This job title is a little vague, but in my head, it looks like a bunch of dudes in suits kicking their feet up on their desks with a never-ending supply of coffee brought into them at the touch of a button.

Let me tell you, I would be drinking something a lot harder than coffee if I worked in telesales.

Ditto if I worked in IT.

And again for retail.

I wonder if that includes Uber drivers?