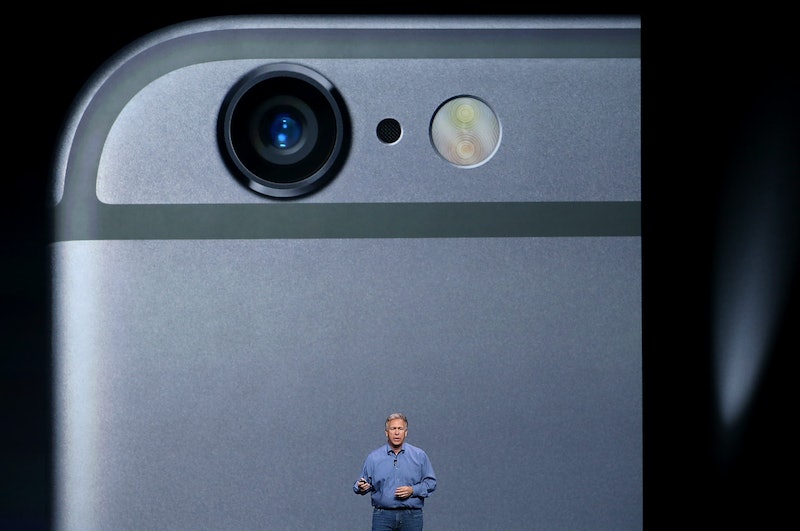 Look, I get why some people aren't slaves to Apple's every whim and update, I really do. But that's not true for me — as far as smart devices go, I'm never happier than when using Apple's orderly operating systems, with a few customizations here and there. And as such, I was pretty excited by the big Apple Event last week — the iPhone 6 and iPhone 6 Plus alike will be here on September 19, just days away. But here's a practical question: Will the iPhone 6 need a different charger than it's older ancestors, or will my tried-and-true (and frustratingly easy to disconnect) Lightning cable still get the job done?

Well, for once in life, here's a question that can be completely and simply answered: No, no new cables necessary. Both the iPhone 6 and iPhone 6 Plus will still connect to a wall charger or to a laptop via a Lightning to USB cable as all iPhone have since the release of the iPhone 5. This may not be a popular fact, as it happens — the performance of the Lightning cables has been notoriously poor and often maligned.

As the Wire detailed in May, many of the Apple-branded Lightning cords are known to burn out and suffer from degraded performance months after purchase, a frustrating state of affairs for your primary means of charging.

The generation of iPhones at the 4 model and older used the classic 30 pin charger, which was a great deal wider, and was widely considered the more durable of the two connectors. But its days are far in the rear-view mirror — while you can get adapters to allow for the use of micro-USB cords as well, the new standard is Lightning, and that'll likely hold true for some time into the future.

At the very least, this is positive news as far as continuity goes. You won't have to buy a new charger or cord if you're upgrading from an iPhone 5 or 5S to the iPhone 6, and if you're rolling with the iPhone 6 Plus, getting that sucker charged is going to be of the utmost importance — while the standard-model iPhone 6 doesn't have a significantly upgraded battery life, Apple claims the Plus model will get you about three more hours of active Wi-Fi or video usage than preceding models do.

And really, there's nothing more important (and distracting) for your phone's usefulness than its battery life — I can't imagine how many times per day I nervously wonder how that little green bar is holding up. Anyhow, if you're anything like me and anxious as hell to jump to the new generation, rest easy — your current charger will work just fine.