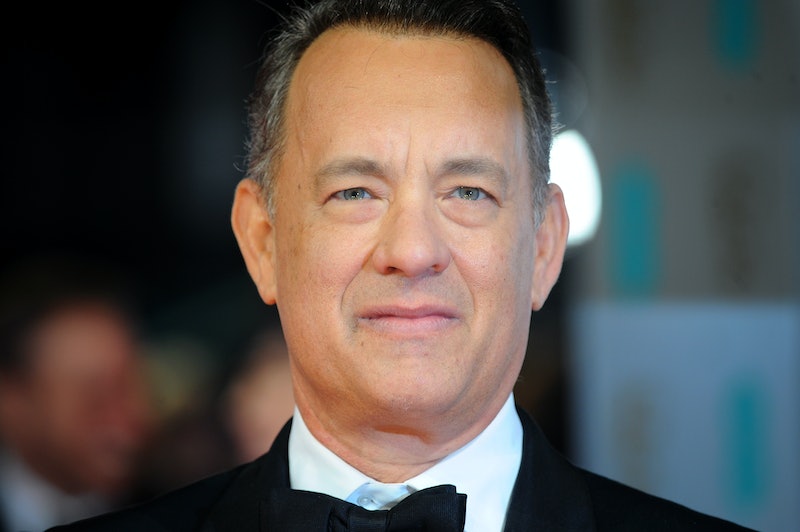 It's not really deniable at this point in time that Tom Hanks is an American treasure. So it makes sense, I guess, that Hanks' next project is thoroughly rooted in American economic issues. Hanks' next project is Factory Man , a miniseries for HBO being adapted from a book of the same name. Ready to get into the nitty gritty narrative of job outsourcing? Hanks is.

According to Deadline it's Playtone — the production company Hanks and producer Gary Goetzman run together — is producing the project. They brought you That Thing You Do!, Mamma Mia, Cloud Atlas, Where the Wild Things Are, Game Change, and many more, and now they're bringing you the miniseries adaptation of Beth Macy's New York Times Bestseller Factory Man: How One Furniture Maker Battled Offshoring, Stayed Local — And Helped Save An American Town.

The Amazon description of the book seems to indicate it's telling a pretty familiar story:

The Bassett Furniture Company was once the world's biggest wood furniture manufacturer. Run by the same powerful Virginia family for generations, it was also the center of life in Bassett, Virginia. But beginning in the 1980s, the first waves of Asian competition hit, and ultimately Bassett was forced to send its production overseas.One man fought back: John Bassett III, a shrewd and determined third-generation factory man, now chairman of Vaughan-Bassett Furniture Co, which employs more than 700 Virginians and has sales of more than $90 million. In Factory Man, Beth Macy brings to life Bassett's deeply personal furniture and family story, along with a host of characters from an industry that was as cutthroat as it was colorful. As she shows how he uses legal maneuvers, factory efficiencies, and sheer grit and cunning to save hundreds of jobs, she also reveals the truth about modern industry in America.

More like this
30 Books To Read This AAPI Heritage Month
By K.W. Colyard
10 Must-Read New Books Out This Week
By K.W. Colyard
The 20 Best Audiobooks To Fall Asleep To
By Aoife Hanna and K.W. Colyard
At 28, Minnie Driver’s Personal Life Was “Falling Apart”
By Kate Dwyer
Get Even More From Bustle — Sign Up For The Newsletter