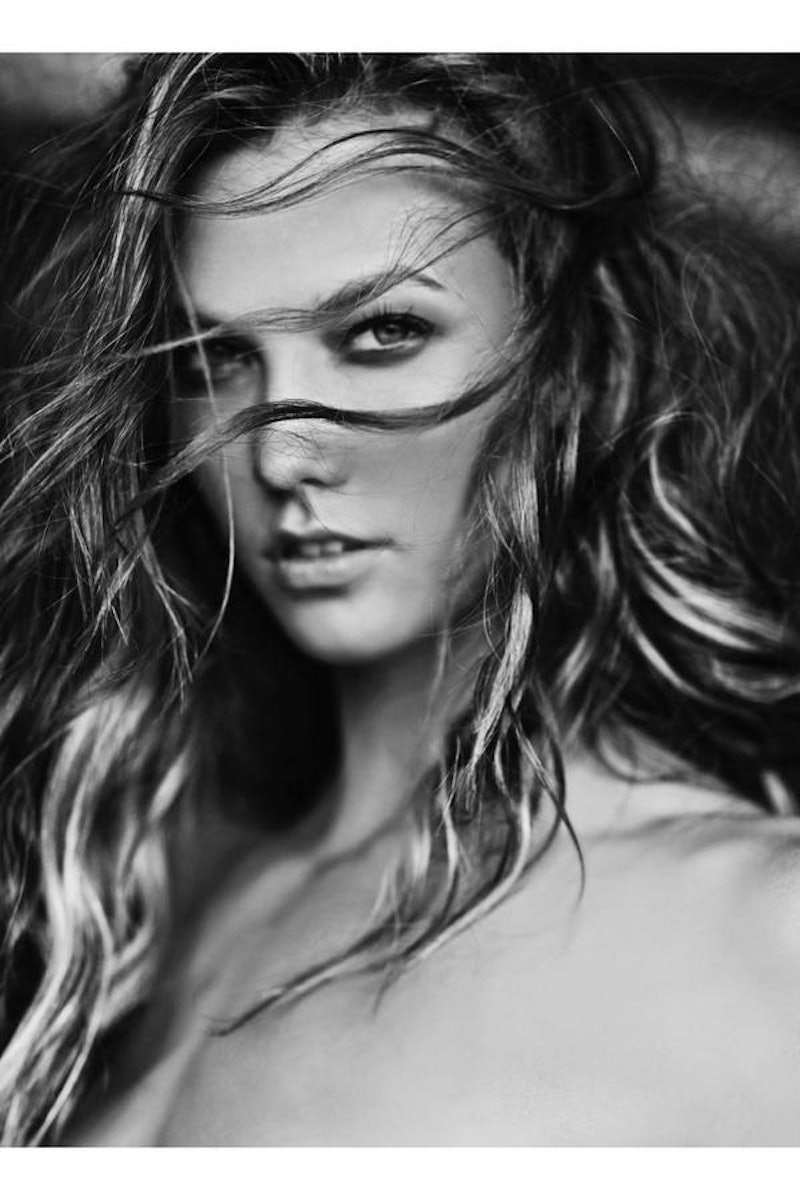 There's a series of nude photographs just released — but don't worry, this time it's legal. Iconic photographer Russel James, known most famously for his work with Victoria's Secret, has embarked on a new project, with a much smaller clothing budget. His new book, Angels, features 304 pages of black and white nude photographs of world renowned models such as Gisele Bundchen, Candice Swanepoel, and Karlie Kloss. This just might be the first time men flock to a fashion-related item before women. But don't hang back at the nest too long, ladies, James insists his goals are a bit loftier.

"[I was] worried it would attract just a male audience. I wanted to make a cool, tasteful presentation of women for women, too."

James claims that his fascination with the nude genre stems from it's artistic history, from the way the nude has influenced art. "From the time one could etch or paint, we’ve been painting nudes. It’s the most pure photography form there is," he told Gotham Magazine.

The pictures will be displayed in a Florida exhibition in November, but the book is available now for the price of $199, and the self-esteem of young women everywhere.

It's enough to see them in their lingerie, but nude? Attaining that level of perfection is no easy task. And I should know. I tried. When Candice Swanepoel announced that her preferred workout was boxing, I took a boxing class. After huffing and puffing through the warm-up, we were instructed to take a lap around the parking lot. I got my jog on, picked up my keys, and ran straight to my car — driving directly home and never looking back.

As I sit here literally licking hot fudge off my spoon, a Victoria's Secret inspired workout routine doesn't seem like the worst idea. But then I remember the angel's less-glamorous sibling, with it's endearingly soft frame and full cheeks and realize that, as heavenly as Swanepoel's toned arms sound, I'm content to be a cherub. I'll leave the angels to the pros. Now, back to this hot fudge sundae...