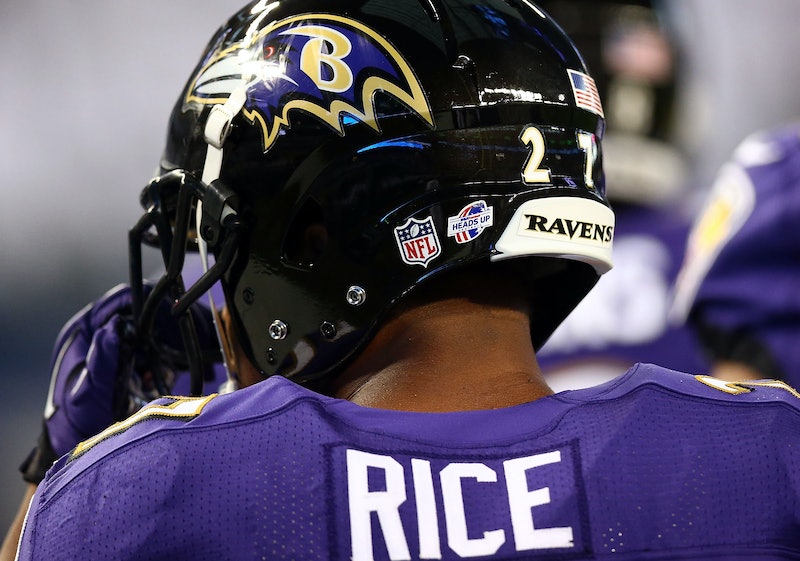 Like many, I was really hesitant to click comedian Megan MacKay’s “Ray Rice Inspired Makeup Tutorial” video. Domestic violence is as un-funny as it gets, and it’s always too soon to be making jokes about it, no matter how much time has or hasn’t passed. But MacKay’s video isn’t just jokes. It isn’t too soon. It’s not distasteful. And in fact, it’s probably the best reaction to the Ray Rice situation anyone has had.

MacKay, who puts out a video every week on her YouTube channel, usually takes the satirical angle; previous videos include, for example, “How to Hunt for a Husband.” She utilizes the makeup tutorial format a lot, and she doesn’t shy away from difficult, complex topics (see: “Hobby Lobby Makeup Tutorial”). Accordingly, her “Ray Rice Makeup Tutorial” tackles everything about the situation head-on: The incompetence with which the NFL handled the situation, the victim-blaming leveled at Janay Rice, and perhaps most importantly, what we both can and need to do to stop situations like this from arising in the first place.

The whole video is well worth your time, so I highly encourage watching it; here are a few highlights. MacKay starts, of course, with foundation, gushing, “I’m using a new shade I just bought called ‘The NFL.’ I really like this color because it will cover up anything, just to save face.” Her eye primer choice, called “Intersectional Feminism,” provides a lesson in why feminism has to include all genders, races, and orientations; and her eye shadow colors, numbers 27 (Ray Rice’s former jersey number) and 25 (the number of years you serve in prison for felony assault in the state of Maryland) deals with the absurdity of Rice not serving prison time. “We’re not going to make you do it because you play football!”, MacKay exclaims.

Victim-blaming is next on the docket as MacKay applies eyeliner all the way around her eye “like a wedding ring”; she urges us to think of it as, “When you put on a wedding ring, it means that the guy who gave you the ring can do whatever he wants and it’s automatically your fault.” Lastly, she finishes off the “look” with lips. “This is one of my favorite colors,” she says. “It’s called ‘We Can Do Better.’” And she’s absolutely right. Millions of North American women are assaulted by their partners, and somehow, we continue to find reasons not to help them. “And that’s why I choose to put on ‘We Can Do Better’ today,” she She closes by encouraging us not to cover up violence like the NFL, as well as pointing viewers to resources dedicated to helping women in distress.

As Hayley Hoover at The Gloss noted, it’s incredibly difficult to discuss issues like this one both in short video form and through humor — but MacKay absolutely nailed it. She doesn’t let the NFL off the hook. She doesn’t question why domestic abuse victims stay with their abusers. And she holds us all accountable for how we respond to the issue of domestic violence.

It’s worth noting that MacKay’s points go for all domestic violence — that perpetrated by and against both men and women. If you or someone you know is suffering from abuse, call 1-800-799-SAFE to reach the National Domestic Violence Hotline.

We can do better. And more importantly, we should.

More like this
Kim Kardashian Is Releasing A Line Of Earbuds With Beats
By Alexis Morillo
9 Unmissable Moments To Relive From The Commonwealth Games
By El Hunt
Ben & Jerry’s & Tony’s Chocolonely Are Launching 4 Responsible New Flavours
By Sophie McEvoy
At 14, Tatiana Maslany Was Obsessing Over Tamagotchis & The Spice Girls
By Gabrielle Bondi
Get Even More From Bustle — Sign Up For The Newsletter