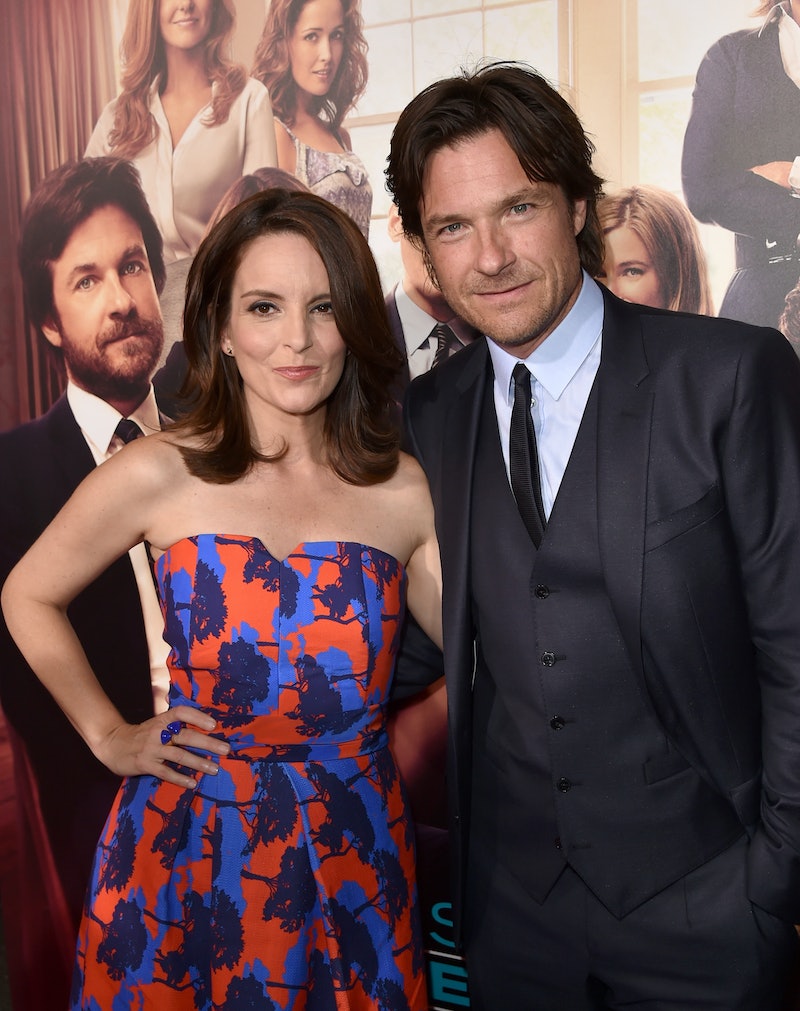 Two people who are all but guaranteed to bring a smile to most people's faces are Tina Fey and Jason Bateman. So, it was probably a good idea to cast them together in the upcoming movie, This Is Where I Leave You ... except for the fact that the film, thus far, is being met with meh and much-less-than-meh reviews. But even if This Is Where I Leave You, well, sucks, at least we all get to delight in Bateman and Fey's promotion for it. Case in point, the hilarious game of "Would You Rather?" the actors just played for MTV News.

In all honesty, I thought about skipping over the video whilst on my leisurely mid-day Internet stroll, but, being that I'm nothing if not a procrastinator and watcher of random crap on the web, I scrolled back up and figured, "Oh, what the hell?" Glad I did.

In the clip, Bateman and Fey are asked kind of idiotic questions such as "Would you rather watch a sex tape of your parents or be nude for a year?" but their answers, and more so, their delivery, are fantastic. Honestly.

If you've got a few minutes to spare, or even if you don't, take a gander at this short clip of Tina Fey and Jason Bateman playing "Would You Rather?" It won't change your life, but I can all but promise you it'll give you the chuckles.