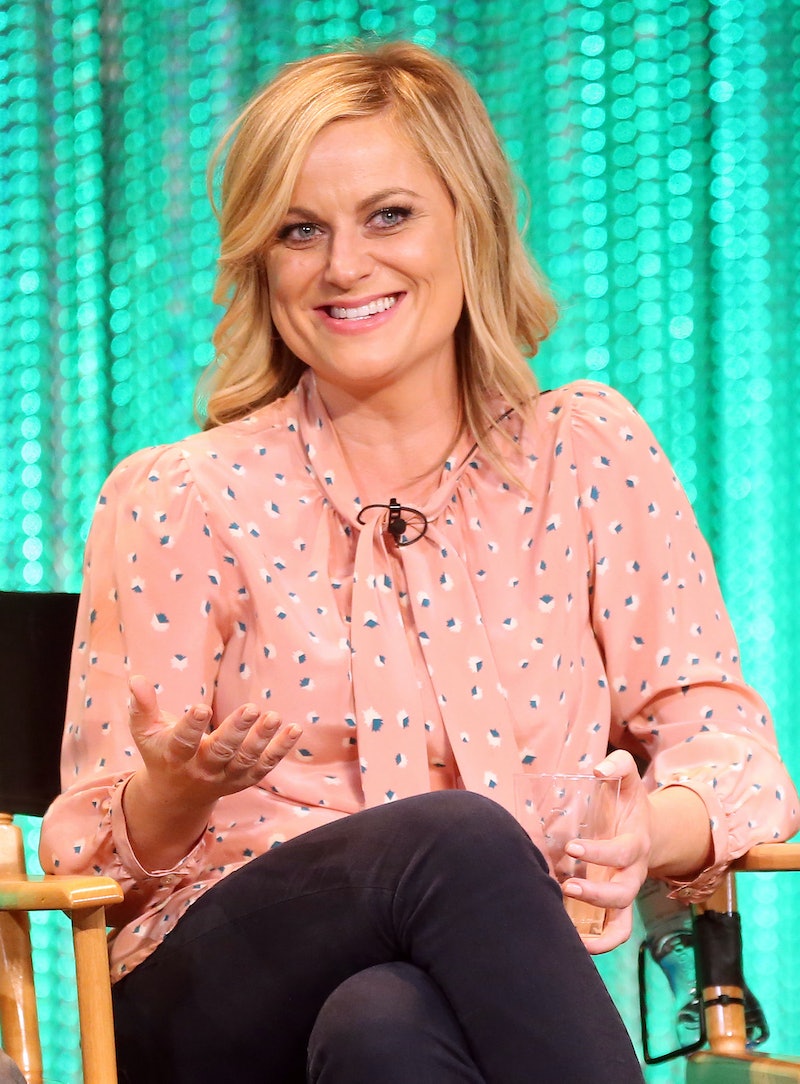 Sometimes, it seems like we're in a golden age for women in television. Mindy Kaling has her own show, Comedy Central finally has its own lady version of a bromance comedy (note to self: make up word for female equivalent of bromance), and there are two different shows on television with the word "girls" right in the title. But the numbers tell an entirely different story: according to a recent study by San Diego State's Center for the Study of Women in Television and Film, we're not much better off now than we were in 2008.

Although there's not exactly equal representation on the small screen just yet, the percentage of women with speaking roles in prime time network television from 2013-2014 has declined about 2.3 percent to 42 percent, lower than that of the 2007-2008 season. But hey, it's still an increase from 39 percent in 1997-1998, right? And with 40 percent of speaking roles on broadcast, cable, and Netflix programs being given to women, things aren't exactly looking better on other outlets. But the women lucky enough to get speaking roles on television are still given a pretty narrow scope. The majority of these female characters are in their 20s and 30s, while the majority of their male counterparts are in their 30s and 40s; viewers are less likely to know a female character's occupational status, but more likely to know her marital status; and an overwhelming majority (74 percent) of these female characters were white.

Unfortunately, things don't get much better behind the scenes. The percentage of women working behind the camera in television has fallen to 27 percent. In all a show's most important behind-the-scenes roles, women make up less than a third of the workforce: women make up only 20 percent of show creators, 23 percent executive producers, 25 percent of directors, and 13 percent of editors. And that disparity translates on screen. According to the study, when a show has at least one woman writer or creator, the show is more likely to have more speaking roles for women.

So what do all these numbers mean? That growth for women in television is practically stalling, in some places even slowing to a standstill. Although we may have thought we were in a renaissance for women in television, but we're not much better off than when Buffy the Vampire Slayer premiered. But there are clearly talented women out there, making great and sometimes even popular shows like Broad City, New Girl, GIRLS, The Mindy Project...and the list goes on. But it seems like it's taking the media industry a little while to catch up with the times. So in the meantime, ladies, we can use our talents to overtake the media industry...or at least just use it as an excuse to watch more television.

More like this
Legacies Showrunner Said There Is Still Hope For More Vampire Diaries
By Gretchen Smail
Adele’s All-Female Lineup Includes Kacey Musgraves, Mahalia, & Self Esteem
By Shahed Ezaydi
Everything You Need To Remember Before Westworld Season 4
By Brad Witter
Why Simone Ashley Had To Study Snails For Intimacy Training, Pre-‘Bridgerton’
By Grace Wehniainen
Get Even More From Bustle — Sign Up For The Newsletter