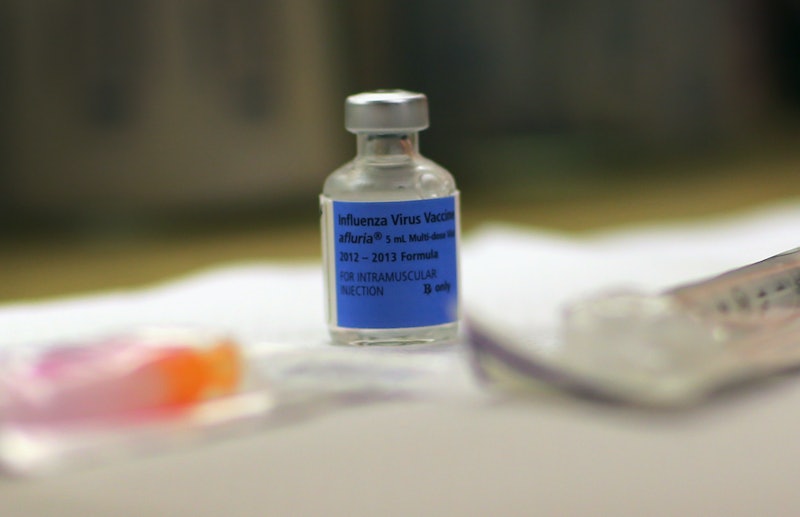 Well, here's some terrible news. We're long past the point of anti-vaccination talk being dangerous, given the recent explosion of avoidable diseases like "whooping cough." But a new investigation by The Hollywood Reporter is still shocking in the picture it paints of Los Angeles' anti-vaccination crisis. The grisly upshot: Parents have left some LA schools largely unvaccinated. It's a pretty mind-blowing reality, but there it is.

To reach this conclusion, the Hollywood Reporter collected all the vaccination rate data from schools across Los Angeles. Back in June, when CNN reported on the state's worsening pertussis epidemic — you probably know it as "whooping cough" — the public health department told them that 3,458 cases of the disease had been reported since the start of 2014. Now, just three months later, they told The Hollywood Reporter a figure is nearly at 8,000.

Whooping cough, for the record, is a terribly painful disease, causing nearly ceaseless hacking, coughing and gasping, with little to no relief, for anywhere from a week to even a month. For healthy adults, it's largely a survivable-yet-grueling affair, but for young children, infants especially, it can prove fatal.

And yet many parents who've bought into the anti-vaccination movement — largely the widespread, erroneous belief that vaccines can cause autism in young children — are helping fan the flames of the epidemic.

To pick a few of the most troubling examples...

Basically, this is pretty depressing. As a native and resident of Northern California, the public health risk posed by the anti-vaccination movement is something I think about a lot. It's a veritable cottage industry out here, patronized by high-profile media personalities and celebrities — former The View host Jenny McCarthy, her former partner Jim Carrey, Kristen Cavallari, Donald Trump, and so on. Even the ostensibly pro-science Bill Maher called flu vaccine recipients "idiots" on Twitter, and had to be challenged on his show by former Republican Senate Majority Leader Bill Frist.

Whooping cough isn't the only disease that's making a comeback, hand-in-hand with the mainstreaming of anti-vax rhetoric: The Centers for Disease Control (CDC) reported earlier this year that rates of measles are at a 20-year high.