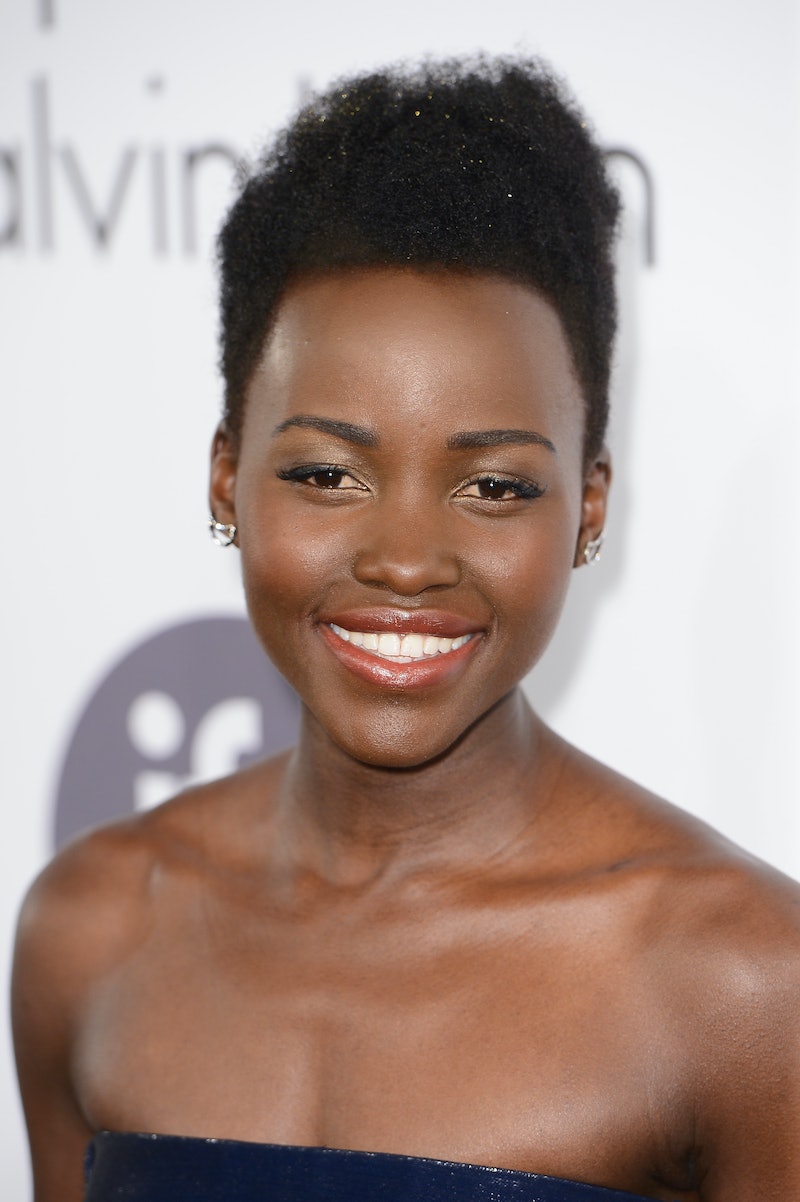 If you want some feel good giggling, please watch this adorable video of the effervescent Lupita Nyong'o's guest spot on Sesame Street. Nyong'o has a sweet tet-a-tet with little Elmo, teaching him about all the wonderful kinds of skin. Even though Elmo is covered in soft red fur, Nyong'o tells him that underneath, he has skin too. "Skin comes in lots of beautiful shades and colors," Lupita says, and that's her favorite thing about it. They end by both Elmo and Lupita proclaiming that they love the skin they're in. I am literally this emoticon after watching the video :').

It's been a banner year for Nyong'o, since she swanned onto the Oscars stage, winning Best Supporting Actress for her role in 12 Years a Slave. Her acceptance speech inspired, as she closed with a confirmation that all little girls, no matter where they are from, deserve to fulfill their dreams. And she has continued to been an active advocate for beauty acceptance. She's talked at length in the past about her struggle with self-hatred she was young to accept her appearance, longing instead for a fair complexion. She gave an incredible speech at the Black Women in Hollywood luncheon in February, recalling her struggle and finally realizing that "What is fundamentally beautiful is compassion for yourself and for those around you. That kind of beauty enflames the heart and enchants the soul."

She always takes the opportunity to encourage girls and women of color to embrace their beauty and to challenge conventional Western ideals. She did so again when issuing a statement about her role as spokesmodel for Lancome, noting that her opportunity to be an advocate was a blessing: "We [actors] have the privilege of standing for something other than just looks." And even in such a short, adorable Sesame Street appearance, Nyong'o encourages children (and adult viewers!) to love themselves, no matter what. Like I said— :').