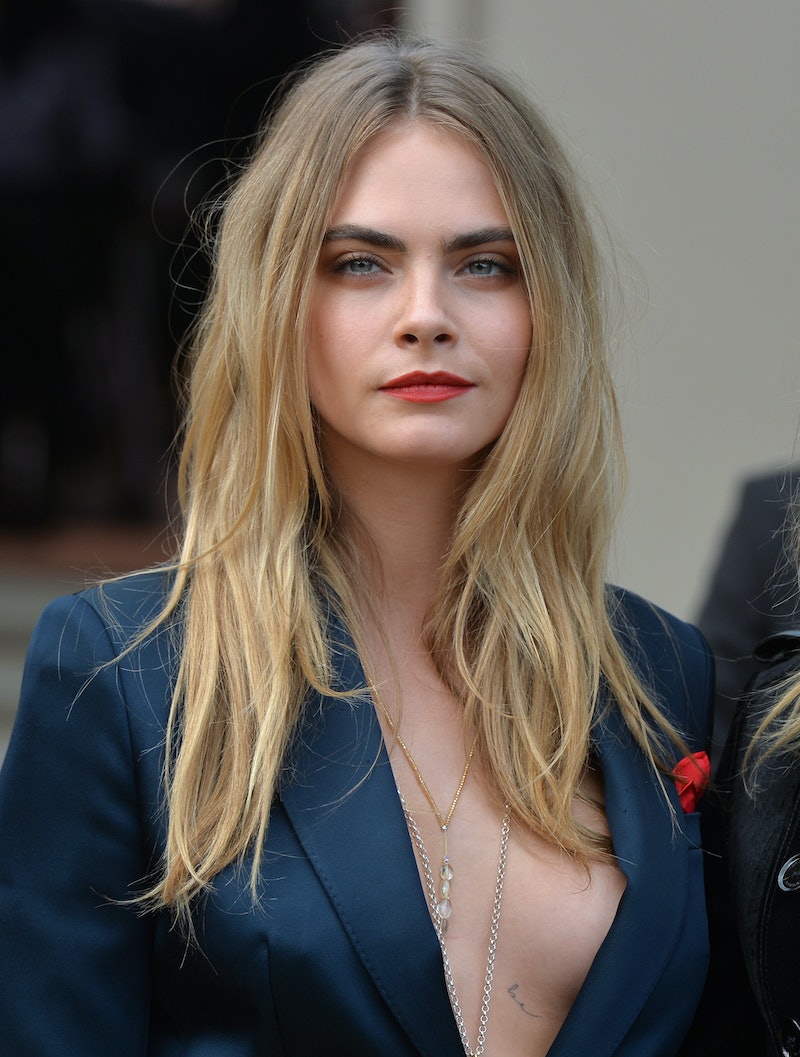 This casting news has been a long time coming, but it's finally here: Paper Towns has cast its Margo, and it's Cara Delevingne. I didn't really expect them to go full-on supermodel with this one, but it just might be crazy enough to work. The announcement came Tuesday, with author John Green — who wrote Paper Towns and is also serving as a producer on the film — tweeting:

Cara Delevigne's audition blew everyone away (including me!) and she understands Margo profoundly. I am so excited!

He followed it up with a common comment re: Delevingne:

(I should probably learn how to spell Cara's surname at some point.)

Minus the name confusion, the noting of Delevingne's brilliant audition echoes the sentiments Green had back when they first cast Shailene Woodley in the role of Hazel Grace Lancaster in The Fault In Our Stars. Woodley got near universal praise for her performance in the role, so that's a promising sign for Delevingne, as she's still relatively green in the acting field.

As for the character she's playing, that'd be Margo Roth Spiegelman, one of the two main characters of Paper Towns. It's also a pretty tough role to tackle: Margo's known as a Manic Pixie Dream Girl type carting around a whole lot of emotional baggage, and Paper Towns as a whole is largely about deconstructing that Manic Pixie Dream Girl trope. A lot of that's on Margo's shoulders, which means Delevingne has quite the job ahead of her.