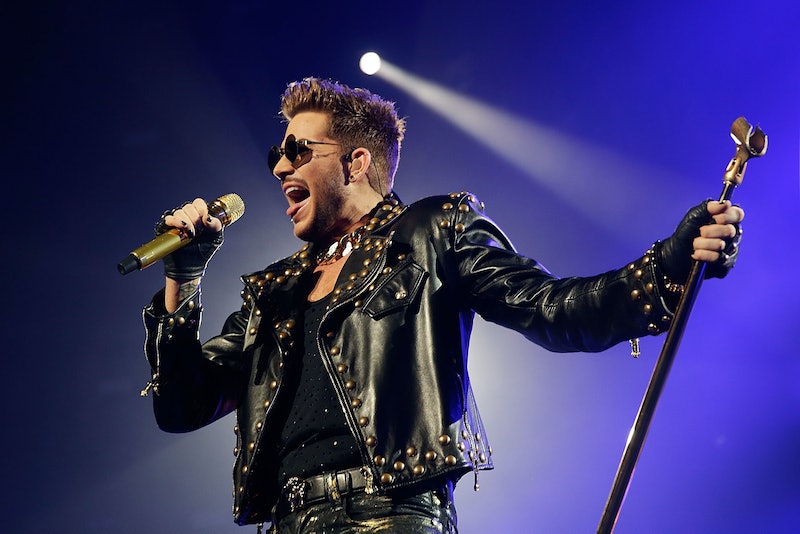 Though the circumstances behind this last minute addition are sad, I can't say it's a bad idea: According to Billboard, Adam Lambert is returning to American Idol as a guest judge for the show's NYC auditions, are being held this week. He'll be replacing regular judge Keith Urban, who's taking the time off to be with his grieving wife, Nicole Kidman, who tragically lost her father last week.

Lambert has previously said that he'd love to return to AI as a judge, so it's no surprise that he agreed to the gig — and it must be an awesome feeling to be able to go back to the show that basically made your career as an accomplished artist to sit in the judge's seat. Though he's previously been on the show as a mentor for the contestants, this gig is a completely different ballpark.

The American Idol Twitter profile confirmed the news that Lambert would be taking Urban's spot for the time being, tweeting the following message out: "Adam Lambert will be serving as guest judge at the NY auditions. Our thoughts are with Keith and his family during this difficult time."

Lambert came in second during season 8 of American Idol. Season 14, featuring Lambert's guest spot as judge, will premiere in January 2015.