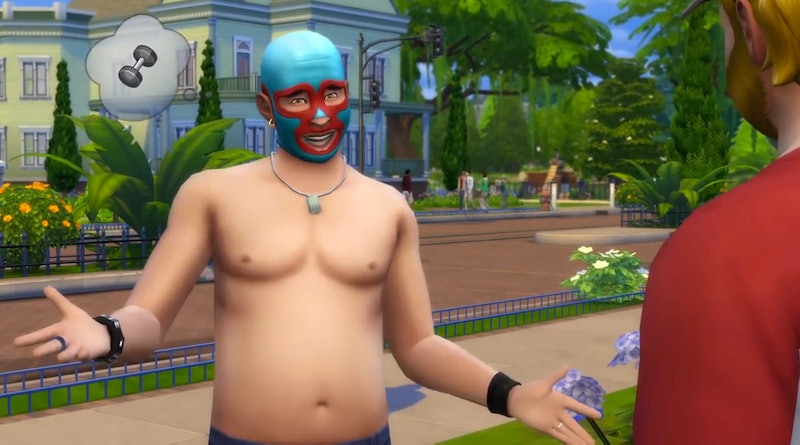 It took a long time for The Sims 4 to hit shelves. After all, The Sims 3 came out in June 2009, making it a little over five years' wait for this new version. And reactions to the game have been mixed, to say the least — so maybe some simple Sims 4 hacks, tips and tricks could help enhance your Simming? If there's anything I'll insist about playing The Sims, it's that it's really kind of sad to see them struggle — so maybe it'd be nice to make their lives a little brighter, too.

After all, that's a huge part of the appeal of the game — at least, that's what's always drawn me back to it — each time I spend a few days fooling around with a weird Sim world of my own creation. The appeal is kind of obvious, from a sociological perspective: you never really have complete control over the real world, but through the lens of The Sims, you can carve out something like a storybook life for some little digital people, some delights, some jerks.

At the very minimum, it's good to have a range of tools at your disposal to achieve all the important things your Sim dreams of doing — and what's more important than fancy houses, rocket ships, and a boatload of money?

The Perspective You've Been Waiting For

If you're anything like me, you've always been a little frustrated with the perspective on the action that The Sims series offers — it's long been plagued with less-than-ideal camera mechanics, and when trying to put together buildings or lay out interior spaces especially, things can feel frustratingly clunky.

Luckily, as detailed by Kotaku, there's a host of keyboard shortcuts — hotkeys, they've sometimes called — which you can use to help manipulate the camera, and better observe the objects you're laying down.

For starters, you can switch your camera controls to allow for a freer range of motion whenever you please, just by hitting control/shift/tab simultaneously. Furthermore, while in Build Mode, you can switch to your wall tool with B, toggle your spacing grid on or off with G, or place objects and buildings ignoring the grid altogether with ALT.

And if you're working on your interior decorating, there's an easy way to fill out your walls lavishly and quickly — just use SHIFT while laying in walls or floors to fill the plane with colors or patterns.

Leave Your Earthly Desires Behind, and Head Into Outer Space

Credit on this to Video Games Blogger, which details how to blast your Sim off into space, embrace the lifestyle of the outer space adventurer, and hopefully bring back some nifty additions to your home. It all starts with your career selection — you have to pick Astronaut, which will eventually enable you either to become an Intergalactic Smuggler, taking off on text-based, multiple choice adventures that yield rarer items like U.F.O. rocks or alien fossils.

Once you're able, you'll have to throw down quite a pretty penny to make the whole thing happen, however — 5,000 simoleans for the "Steampunk Thingamajig" in Build Mode, followed by another 1,000 to build on the platform for your rocket. And of course, if you're the rare kind of intergalactic astronaut who's been living the lazy life for a while, maybe you won't be able to afford it, which would be tragic. Of course, there's always one thing you could do...

There's some people who'll tell you it's important to work hard for every inch you get, and not to lie or cheat to get ahead. I'm here to tell you that that's not the case. In the Sims, at the very least, it's simply easier to get what you want when you're rolling in dough.

If you like, you can rake in all the delicious, lifestyle-enabling free money you could imagine, all with a simple code. As detailed by game strategy guide website Prima Games, it's as simple as this:

More like this
40 Cheap Tricks Decorators Use To Make Homes Look 10x Better
By Rebecca Martinson
TikTok Is Using A ‘Love Island’ Sound To Expose Their Weird Crushes
By Courtney Young
What Is “Night Luxe?” Breaking Down TikTok’s New Aesthetic
By Courtney Young
The Viral TikTok “30,000” Sound Fits Nearly Every Scenario
By Courtney Young
Get Even More From Bustle — Sign Up For The Newsletter