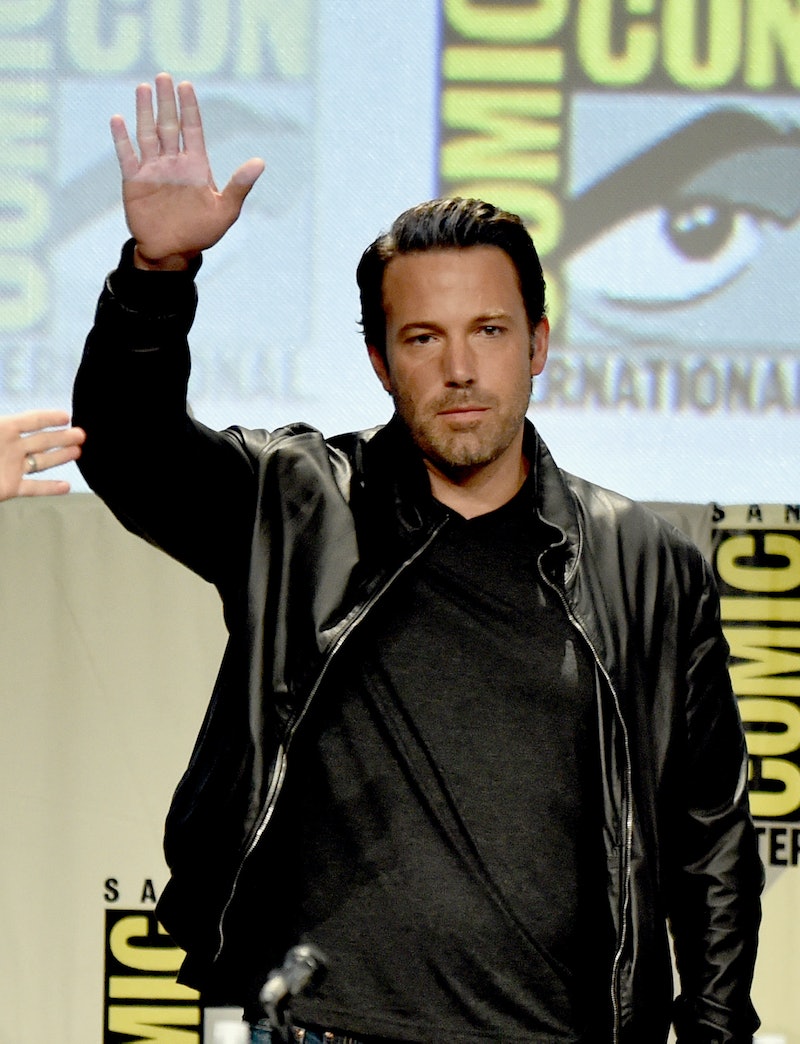 Well, this is a surprise. We've seen him get angry with the paparazzi before when they're invading his family's privacy, but I don't think any of us would have pegged Ben Affleck for a man with "deeply buried anger." Is that being presumptuous, or does anyone else think of him as a man who's generally, I dunno... rageless? In a new interview with the Sunday Times, the Batman star confessed to, like so many people, having a point in which he just can't hold things in anymore. The actor said:

Affleck assured us of his sanity, though, by adding, “I’m not gonna go into Wolverine berserker rage…” However, the actor does bring up an interesting point in the interview, and really humanizes himself, as "holding it in" is something so many of us do. "I should sit down [when I’m angry] and say, ‘Listen, I just wanted to let you know what happened there wasn’t OK," he said. "Instead of going, ‘Let it go, let it go, let it go … Ah, that’s not a big deal,’ until finally you pop!” So many of us can relate to that, and for him to admit that in an interview that's going to be globally-read takes real honesty and vulnerability. He could have easily said, "Ah, I'm an easy-going guy; not much bothers me," and none the wiser.

He may be an odd choice for Batman, but I'll be honest: I'm a card-carrying fan of Affleck and his wife, Jennifer Garner. They may not paint themselves as the most perfect celebrities in the world, but man, they sure are honest.