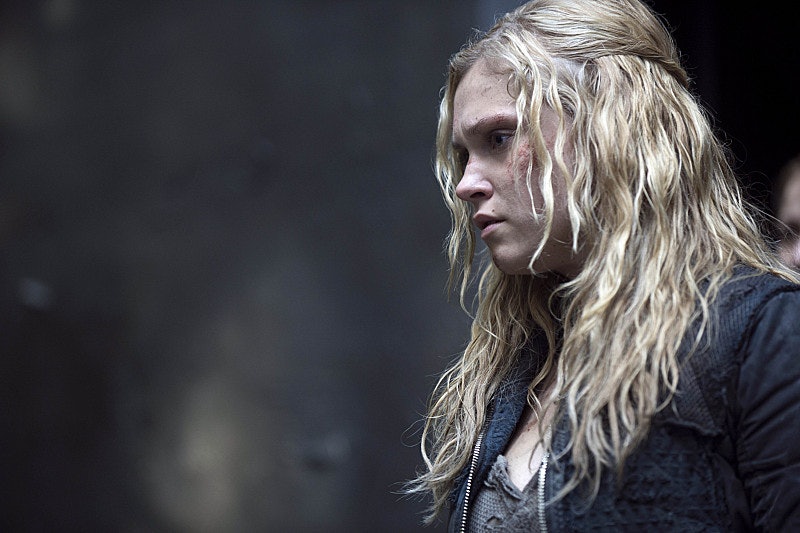 Talk about waking up from a bad dream. When Clark comes to after being attacked by the Mountain Men at the end of last season on The 100, she finds herself in a haughtily white room. The wounds she sustained in the battle? Mostly all healed. Is she being monitored on closed circuit cameras? Yup. Can she see Mounty trapped in the same kind of white room across the hall? She sure can. Both of them have found themselves locked in the Mount Weather Quarantine Ward, but what is it exactly, and what does it mean for The 100?

All we know so far about Mount Weather is that it appears to be terrifying. What's even more terrifying is the fact that people are currently living there, and that raises a hundred different questions starting with who are they and how long have they been there? Executive Producer Jason Rothenberg said in an interview with The Hollywood Reporter that "There are clues in the white room that it's nothing that [Clarke's] ever seen before. If you look up what the real Mount Weather is, that begins to answer the question."

Mount Weather is indeed a real place. In real life, it's called the Mount Weather Emergency Operations Center and it's located in Mt. Weather, Va. According to GSN Magazine, it is run by FEMA, and it is considered to be a bunker should some sort of catastrophic event happen, like the Cloverfield monster attacking. This is where very important government officials would go, should something happen and they need to seek shelter ASAP. Supposedly it's staffed 24 hours a day. I say "supposedly" because Mount Weather is shrouded in secrecy, since everything is in fact top-secret about it. They don't even have a Twitter, because I checked. For all we know, they're currently holding the endless supply of "top secret guest stars" for this season of Scandal. That's how top secret it is.

So, The 100's Mount Weather has to be based on some truth here. It still is Earth, after all. It has to be some sort of former government facility, and clearly they're set up to function as a medical operation, which makes me nervous that they might try some human experimentation. (It's a crazy idea, but it could happen. I mean, here are humans from space meeting humans from Earth. There are bound to be questions as to how both have survived for so long.) Also, Rothenberg told The Hollywood Reporter that there were "clues" in this room, but all I see is white on white and "Starry Night." It really looks like that room right out of 2001: A Space Odyssey , but they wouldn't go that trippy/other dimension route, would they? Are those even the clues we're supposed to be looking for? Nothing in this room looks very out of place to me; it just looks like the Mountain Men recently raided an IKEA.

In an interview with Zap2It, Eliza Taylor explains that Clarke has gone "Jason Bourne" in trying to escape from her all-white prison. Even though she's trying to escape, Rothenberg told Cinema Blend that Mount Weather is replacing the downed Ark, so, even though she might escape it for the time being, bet she'll be coming back for it at some point. We can't forget about Mounty — besides, how many potential others could be trapped there too?

Rothenberg also told the Huffington Post that one of the "themes of Season 2 is that you can't survive alone; you can't make it by yourself, and that I think necessitates meeting others." Clarke's not the kind of girl to leave everyone behind, especially in a place like this. It sounds like whether she likes it or not, she's going to make some friends at Mount Weather.