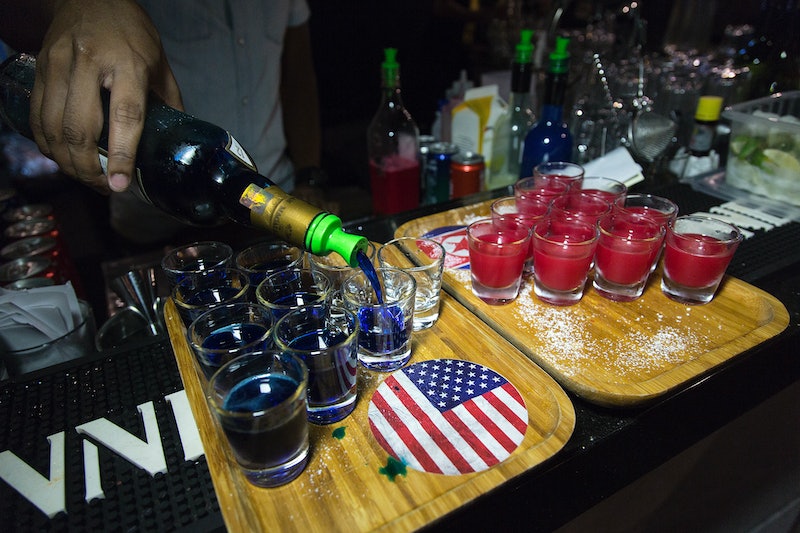 Fall means new college freshman, and new reports of terrible, and potentially criminal, on-campus behavior. Let's hope that this September is less eventful for Occidental College's campus than last September, when two Occidental College students' drunken sexual encounter resulted in Title X-related action being taken against the man involved. The two freshman (Jane and John Doe) were, by their own admission, both drunker than they'd ever been on the night in question. They both made statements indicating sexual consent on the night in question. The two had a sexual encounter, and then Jane filed a complaint with the college a week later, saying that John had sexually assaulted her. On Tuesday, Business Insider wrote about college consent policies in light of this ongoing case, and in light of California's recent "yes means yes" consent law.

This case couldn't possibly be more hot button, as it raises timely practical questions regarding how colleges should prevent rape and handle rape claims, as well as more philosophical questions regarding moral responsibility and what constitutes "consent." This is an issue college campuses and the general public have struggled with for decades, and it now seems to be coming to a head.

Why College Consent Policies Must Be Clear As Can Be

Some of this needs to be spelled out — It is not OK to have sex with people who are "impaired," moans don't always mean "yes," and a prior relationship does not mean consent will always be forthcoming forever. But adding layers of complexity to the concept of "consent" can make it more difficult to identify retrospectively, and render many sexual encounters that were by all other accounts consensual morally illegitimate. Colleges face sexual climates that are much more casual and ambiguous than one made up of stable marriages — and this makes colleges' need for clear and simple consent policies more important, not less. Often these policies do not reflect the realities of human sexual interaction.

Colleges face sexual climates much more casual and ambiguous than one made up of stable marriages — and this makes colleges' need for clear and simple consent policies more important, not less.

The "yes means yes" law could ostensibly create very clear parameters for consent, but it likely won't be as effective as hoped in fixing campus sexual cultures. Campus consent proponents are mostly concerned about the sexual safety of women, and rightly so — women are far more likely to be the victims of sexual assault, and men far more likely to be the perpetrators. But their lack of acknowledgement with regards to the realities of human sexual interaction have also backed them into a gendered corner.

It's not reasonable to assume that men in sexual interactions are always the aggressors, and that women are always the sexual gatekeepers. Indeed, this tired old sexual script serves modern women poorly, by sowing in them great confusion whenever a guy is not up for sex and enforcing an outdated idea that men seek out sex while women merely allow for it — and that perhaps there is something wrong or unseemly about a woman who is the aggressor.

It's not reasonable to assume that men in sexual interactions are always the aggressors, and that women are always the sexual gatekeepers. Indeed, this tired old sexual script serves modern women poorly.

Since new-age consent policies are gender neutral and written as if it's the initiator of escalating the sexual activity, be they male or female, who bears the burden of securing consent, we should not take our gendered scripts into account when implementing them. By some reports, in the Occidental case, it was Jane Doe who initiated physical contact, and John Doe was reticent. We really have no idea since neither of them can even remember.

The circumstances of the evening indicate that, per the active consent policy, he seems as likely to have been a victim as she was. Moreover, Jane Doe appears to have been influenced by her friends to make the Title X claim against John Doe, in light of some subsequent mental anguish over what happened between them. Perhaps John Doe did take sexual advantage of Jane Doe. Perhaps Jane took advantage of John. There is a line between protecting women and acting as though they have no sexual agency.

If Drunk People Can't Give Consent, Can They Perceive Consent?

Confused yet? The plot thickens even further. Everyone understands the intuition that a policy (and more importantly, a real culture) of meaningful consent helps to protect incapacitated people from non-incapacitated (or less-incapacitated) potential assailants. But when both parties in a sexual encounter are (by their own admissions) blackout drunk like in the Occidental case, it doesn't take a trained philosopher to point out the underlying principle: if fall-down, blackout drunkenness really does incapacitate someone morally and relieve them of responsibility for their actions, for consistency's sake that must count both for ability to give consent and ability to perceive it. The burden might be reasonably placed on the clear initiator to prove that he or she was drunk, but in the Occidental case, neither Jane nor John Doe denies that both were as drunk as can be.

Fortunately, rapists do not get themselves blackout drunk and then go out planning to rape people and "get away with it." When both people are that drunk, and equally drunk, it's usually the result of a voluntary (if ill-advised) organic social situation. Here's the reality of the matter, which is kind of both good and bad news: rape is not some kind of mutual poor decision or drunken accident (which would make it easier to educate or engineer away). Instead, there really are men who prey on women sexually, often by getting them drunk. This means, as Amanda Marcotte puts it, that "rape victims are common [but] rapists are not."

No sexual consent policy, however complicated and thoughtful, could have saved a Occidental's totally plastered John and Jane Doe from their liaison and resulting moral, legal, and potentially criminal quagmire. A clearer one (more honest and consistent about drunkenness) could have spared them some of the confusion and litigation in the act's aftermath, though. Similarly, no consent policy, however complicated and thoughtful, will cause sexual predators to change their ways. Quick, fair, and decisive handling and punishing of rapists could have significant deterrent value, though. So we have to ask: does a new-style consent policy facilitate the effective handling of rape claims, such that the morally worse perpetrators are in fact punished proportionally more heavily? I'm doubtful.