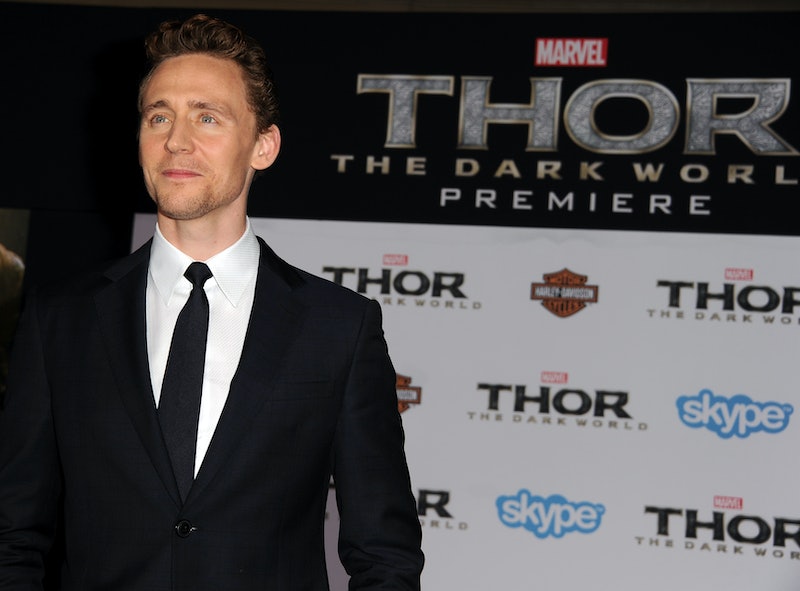 The infallible Tom Hiddleston never ceases to surprise me. Every time he takes Twitter requests to bring tomato soup to red carpet interviewers or writes heartwarming letters to Joss Whedon, I fall more and more under that endearing Englishman’s spell, even if he does play badass Loki in the Marvel franchises. The Internet practically cracked in half when there were rumors about Hiddleston joining the Internet’s favorite son Benedict Cumberbatch on Sherlock . We all watched his random performance of a Hank Williams number in Michigan. So as you can see, Hiddleston can do no wrong right now, and anything with his name on it will surely get at least a hundred thousand or so fan girls in a theater. It's why it makes sense that big heads at Legendary Pictures would cast Tom Hiddleston in the upcoming King Kong prequel Skull Island .

This is the part where the needle on the record player suddenly pulls back and we all gasp in surprise because say what? Let's be frank, the 2005 King Kong movie was awful. Sure it was pretty, and sure Naomi Watts and Adrien Brody were bodies in it, but all I can remember was that a lot of the sequences in the wild took too long. Its pace was terrible. That it took about 70 minutes to even get to Skull Island or see the film's namesake was dumb. That Jack Black acted as writer/director Peter Jackson's film proxy was dumber. That I didn't like it is evident. Even if the late Roger Ebert did give the film four stars and it ranks 84 percent fresh on Rotten Tomatoes, I really did not care for this film.

And Hiddleston's going to be in the prequel? Is that all this sad franchise needs to reboot it?

Opening weekend, the 2005 film grossed $66.1 million, considered a poor haul for all the hype at the time. So why is this franchise getting a retry?

Last year, Hiddleston's biggest role was reprising Loki in the Thor 2: The Dark World, which raked in $644.8 million in the box office. Granted it is a sequel and part of the Avengers' franchise, but his popularity shows in Hiddleston's networth of $8 million. And even for taking it easy this year — 2014 highlights include that suave Jaguar commercial with over a million views on YouTube and Tinkerbell's The Pirate Fairy voice acting — he's still a headline, buzz-worthy star. When he popped up at the Michigan Wheatland Music Festival of all places and gave everyone a little taste of his upcoming role as Hank Williams, I realized that there were more fans for this upcoming bio pic than I thought.

Despite my own reservations about another King Kong remake, having been there and done that to a yawning extent, maybe Hiddleston is what Skull Island needs to get the public pumped. As Cinema Blend points out, Hiddleston took an Avengers secondary character, Loki, and came out of the films as one of the standouts. Plus with director Jordan Vogt-Roberts, maybe those elements from the 2005 one (ie: the super long cut chasing Kong around Skull Island, the lack of Tom Hiddleston) will be rectified.

As for Hiddleston's role? No word yet on pretty much anything about the script, but whether he is one of the island natives or no, I think everything's going to be OK. Or should I say...