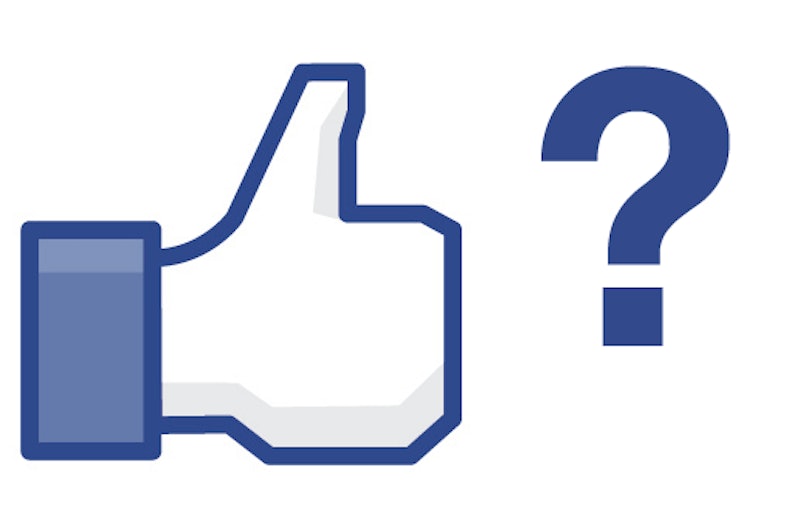 Ever accidentally shared a Facebook status with someone you didn't intend to? Like your crazy, climate-change denier uncle who then insists on blaming "how you've changed" on your liberal education? Not that I'm speaking from experience, but all of those complicated privacy settings could be cleared up with with the new "Facebook Moments" app.

The app, reportedly in production until the name "Moments," will let you micro-share statuses and photos to specific groups, TechCrunch reports. It doesn't have a release date, but TechCrunch says it's being tested by Facebook employees for bugs and potential snags. Visually, Moments is apparently a little more user-friendly than the often-unused lists function, operating on grids and tiles, which could make hiding pictures of your tattoo from your third grade teacher much easier.

Currently, there is a dark, tangled web of clicks and options that eventually leads to the list function of Facebook. It allows you to target who you share photos and statuses with, if you can figure out how to navigate it, which I believe has something to do with sacrificing your firstborn to Mark Zuckerberg.

TechCrunch compared Moments to the app Cluster, which allows you to create spaces and groups to privately share photos with other members of the group.

The Cluster app makes it really easy to find out who's able to see what...

...while my eyes glaze over just looking at this.

Facebook has been called out for its suspiciously complicated privacy settings in the past, and though more and more people are choosing to use privacy functions, the less computer-literate you are, the more likely you are to be unwittingly exposing information about yourself. This is especially important as mobile-only Facebook users are growing, and privacy settings are especially thorny from an iPhone screen.

So, will this be another standalone Facebook app that none of us care about? Do you remember Paper, anyone? Or what about Slingshot? The two apps released by Facebook still aren't widely used, so what makes Moments any different?

Either way, this'lll certainly be a step in the right direction for Facebook's privacy issues. There currently isn't a streamlined way of being able to share things to groups of people without putting it out there for the entire social media world. I mean, I guess you could use email, but c'mon.

Hopefully, this means people will choose to stop announcing intimate things like their engagements or sharing sonograms to all 2,000 of their high school friends. I doubt it, but a girl can dream, right?