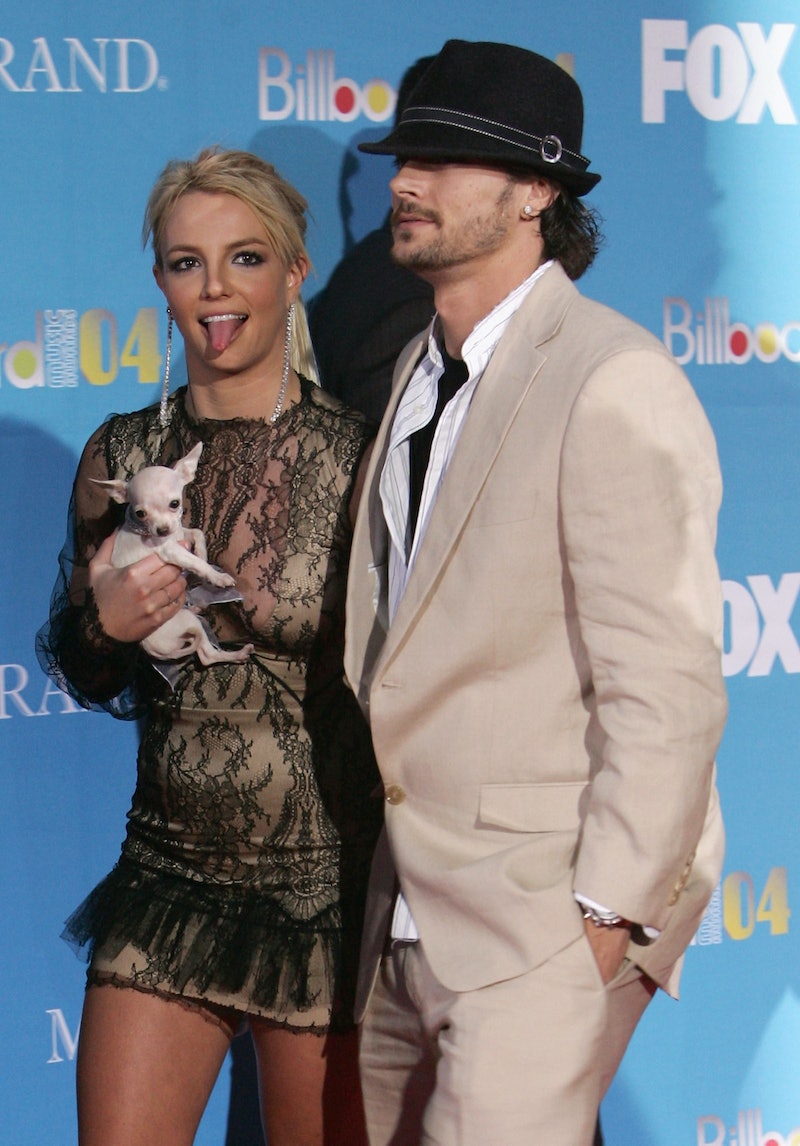 If you were to ask me to list what I remembered from Britney and Kevin: Chaotic before I camped out on my couch and re-watched the 2005 docuseries in its entirety the other day (I know, I know. I am a true American hero), my list would be very short:

Beyond those moments, the docuseries was a blur. A blur shot by a camera that'd been strapped to the most unsteady hand. The blurriest of blurs.

During my re-watch, I found scene number one to be exactly as I remembered: the lighting, the sideways camera angle, the TMI that'd been etched in my memory were all accounted for.

...But it never happened.

The "I'm ugly. My jaw hurts" scene that made the Internet rounds a few years ago? The scene that is arguably the most famous scene from the docuseries? It didn't make the final cut. EVERYTHING I THOUGHT TO BE TRUE IS A LIE. (And by that I mean I remembered one part of Britney and Kevin: Chaotic incorrectly.)

Not one to give up easily, I decided to watch the DVD bonus features. I'm glad I did, for I found this little beauty hiding among the deleted scenes:

It's real! We didn't imagine it! I still need to try butter beans!