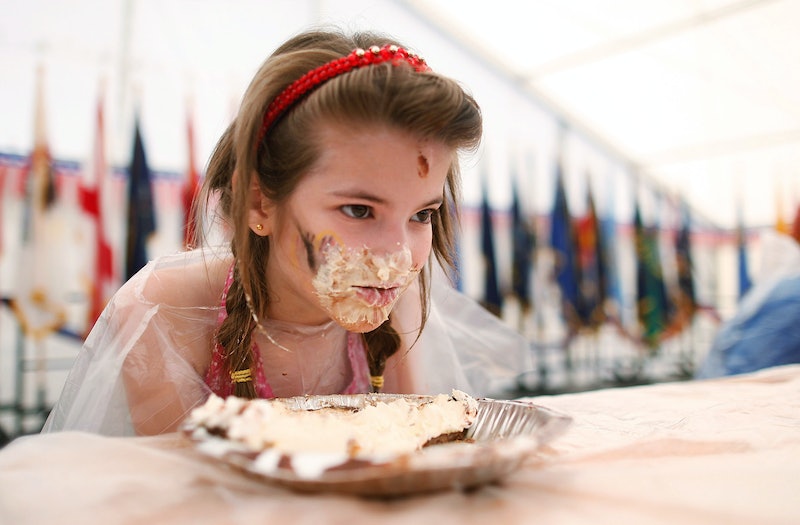 Once again, scientists are determined to rain on our sugar-high, corn syrup-drenched parade. Comfort food doesn't actually improve your mood any more than the passage of time would have in the first place, according to a study published in Health Psychology last month. Excuse me while I mourn the loss of my excuse to eat my weight in tater tots.Participants in the study filled out a questionnaire on which comfort foods and non-comfort foods they liked most. On two separate occasions, they were shown films to induce a depressed mood. After the first session, participants were served their comfort food, and after the second they were either given the equally liked non-comfort food, neutral food, or nothing to eat. The study found that comfort food had no more effect on improving mood than any other option. Researchers concluded that participants' moods would have improved anyway over time, with or without access to comfort food.

This seems counter intuitive — how many times have you seen a movie where the heroine sits alone, surrounded by empty boxes of chocolates after a breakup?

The idea of binging on junk to make yourself feel better is something we do instinctively. However, although one study isn't enough to completely debunk the idea that eating this stuff helps us feel better, other studies tend to be self-reported surveys, which work off the assumption that certain foods improve mood in the first place. These studies focus more on the factors surrounding comfort food. For instance, one such study in Physiology & Behavior showed that men and women emotionally eat for different reasons: men were found to eat when they felt particularly positive emotions, and women when they felt negative ones. (Women were also more likely to feel guilt afterward, which is a whole other can of worms one article isn't equipped to open.)

Sad as it is to hear that I could have gotten through my last breakup without the help of four pints of ice cream, this could be good news for people trying to eat healthier. We're all very familiar with the obesity epidemic, and knowing that feeling better is just a matter of time rather than eating an entire box of macaroni and cheese may help with cravings. That being said, next time I try to make it all the way through Atonement, you can bet I'll have brownies on hand to stave off the misery.Images: Getty Images (2)